Traffic-Sign Recognition (TSR) is a part of Advanced Driver-Assistance Systems (ADAS). Traffic-Sign Recognition (TSR) helps the vehicles to recognize the traffic signs on the road. The signs can be speed limit, school children, turn ahead, speed breaker and so on. The Traffic-Sign Recognition systems are increasingly being used for road traffic safety by helping the drivers by automatic alerts on the roads. This technology is being developed by a variety of automotive manufacturers incorporating microcontroller and microprocessor based image identification and processing techniques to detect the traffic signs. The methods can be colour-based, shape-based and learning based methods. 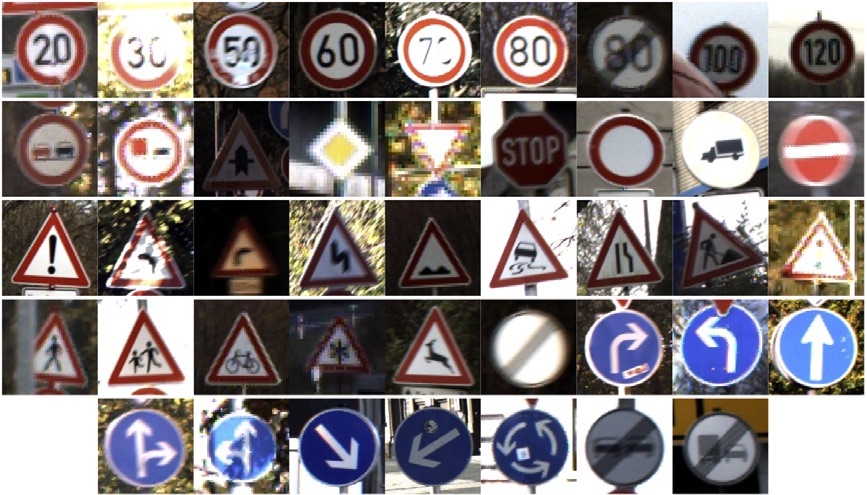 There is the Vienna Convention on Road Signs and Signals which gives standardized traffic signs across 52 countries. Even the countries which not signed, actually use quite closer systems. It is obvious to the readers that various commercial systems exist for cars.

autopi.io has a Raspberry Pi based OBD dongle. The dongle has embedded 3-axis accelerometer, 4G/LTE connectivity, GPS and almost all the sensors a typical smartphone these days have. I never purchased AutoPi but their website has texts and images on how the system can read traffic signs and warn about hazards. Look at this detailed article for understanding the workflow for coding part :

I also noticed some works with IBM Watson and Jupyter Notebook :

The model above has an accuracy of 20%. That is possible because the images were too much compressed. There are some research papers available on the internet which has discussed the topic Traffic-Sign Recognition with Raspberry Pi. The thing still is not mainstream and not heavily improved.

It is worthy to mention that there are some Android Apps including Roadly dashcam & speed camera :

This is the end of the basics of Traffic-Sign Recognition. In future, we will try to use various DIY technologies in an effort of detecting the speed limits.