There is nothing to disagree with the advantages and low cost of microcontrollers such as ESP32. But, by design ESP32 can not perform complex computing works. Adafruit’s CircuitPython and MicroPython are good way to work with Python on microcontroller. But, there are many use-cases where using MicroPython/CircuitPython pushes to the limit. Cost of boards from Adafruit and Arduino are not cheap either. Raspberry Pi Zero is cheaper, consumes lesser power and suitable or the IoT projects where you only need the easy program.

How much you can save with Raspberry Pi Zero : 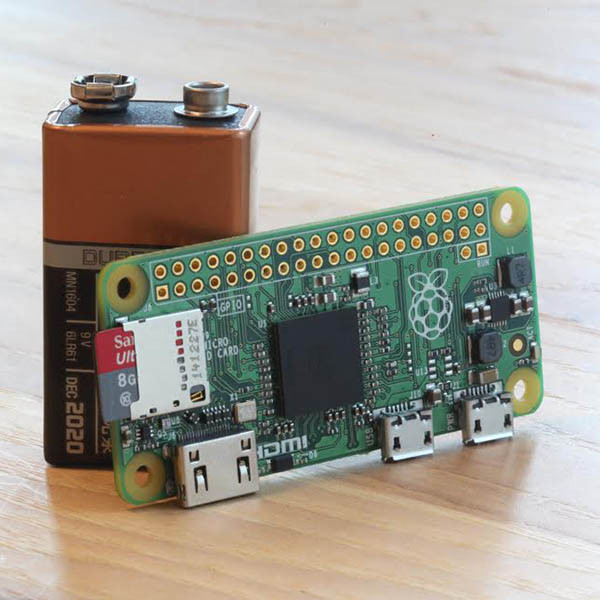 If you look at the amount of memory ESP32 offers, you should be clear: resource-intensive work such as image manipulation is what you’d rather do on the Raspberry Pi Zero. The relatively fast processor and especially large main memory are designed to handle resource-intensive work as well. With the ESP32 you have at most the opportunity to send the data to a server and edit them there. Then you can send them back. But if it is only about sensor data to process, that is possible with the 240 MHz without problems. Even complicated calculations are processed within a few microseconds. The two cores ensure that the system continues to run reliably during the calculations.

If you want to use a camera, then you can do that with ESP32, but it is quite complicated and slow. If you have more complex projects with cameras, then Raspberry Pi Zero will probably have more to offer.

Video output is very limited with the ESP32. If, on the other hand, it’s all about presenting data (eg: charts, numbers, and images), then ESP32 makes it easy and fast. For ESP32, the size of the screens is limited. If you want to have remote access, then you need a real Linux. That is only possible with Raspberry Pi Zero. If you want remote access for your ESP32 server, then you have to program the functions firmly, eg via an API or MQTT. But this is often the only thing you need.

ESP32 specializes in reading sensor data. Fast, uncomplicated and reliable, this is done through the integration of the appropriate library. For this you do not need a Raspberry Pi. In addition, both analog and digital data can be natively read. Analog sensors can only be read in Raspberry Pi via a “Hat”. The ESP32 specializes in the control of actuators. Be it a servo, a relay or an engine. All thinkable actuators can be controlled via analogue and digital GPIO pins. Do you want to connect to the internet? Write or retrieve metrics in an online database? ESP32 can do this via Wi-Fi or LAN. But not as fast as the Raspberry Pi Zero, but you will never move much data with the ESP32 anyway. If you want to use LAN, you have to connect a plug with the module yourself. Do you think about exposing your project self-sufficient in the wild? Supply via battery and solar panel? ESP32 and hand-sized solar modules and a small 3.7 LiIon battery can operate your weather station throughout the year without having to continue to supply power. You use the power-saving features such as DeepSleep. If you want to do the same thing with Raspberry Pi Zero, you have to count on larger panels and a higher current battery.

This Article Has Been Shared 526 Times!