Samsung Note and Apple iPads are not affordable to many of the users. Affording Samsung Note is not like buying a computer. Smartphones are not upgradable unlike desktop or even the laptops. 5G smartphones are going to be norm within the next 2 years. In this scenario, we need something which works with the common drawing applications of Android, like Adobe Photoshop. Luckily, few drawing tablets work with both computer and smartphones.

It is normal to think about direct drawing on the mid-range smartphones like Samsung A50s. Samsung Note and Apple iPads are specially designed to support custom buttons, palm rejection, pressure. There are three types of pen options for other smartphones :

Our various tests with different models revealed that drawing tablets are the best for drawing on Android smartphones. They works like OTG mouse, supports pressure sensitivity. Our research sorted out two graphics tablets which can be used for this purpose :

Huion is a China company with English (Chinglish) website :

XP-Pen is a Japanese company with regional websites. XP-Pen manufactures professional-grade products. What is the difference between the two models?

Huion H640 works when the smartphone is in portrait mode. You can not use any clever idea to use the combination in landscape orientation. But it does the job quite efficiently. Some illustration and drawing apps open in landscape mode and half of the canvas will receive input! Huion H640 is light, small and portable. 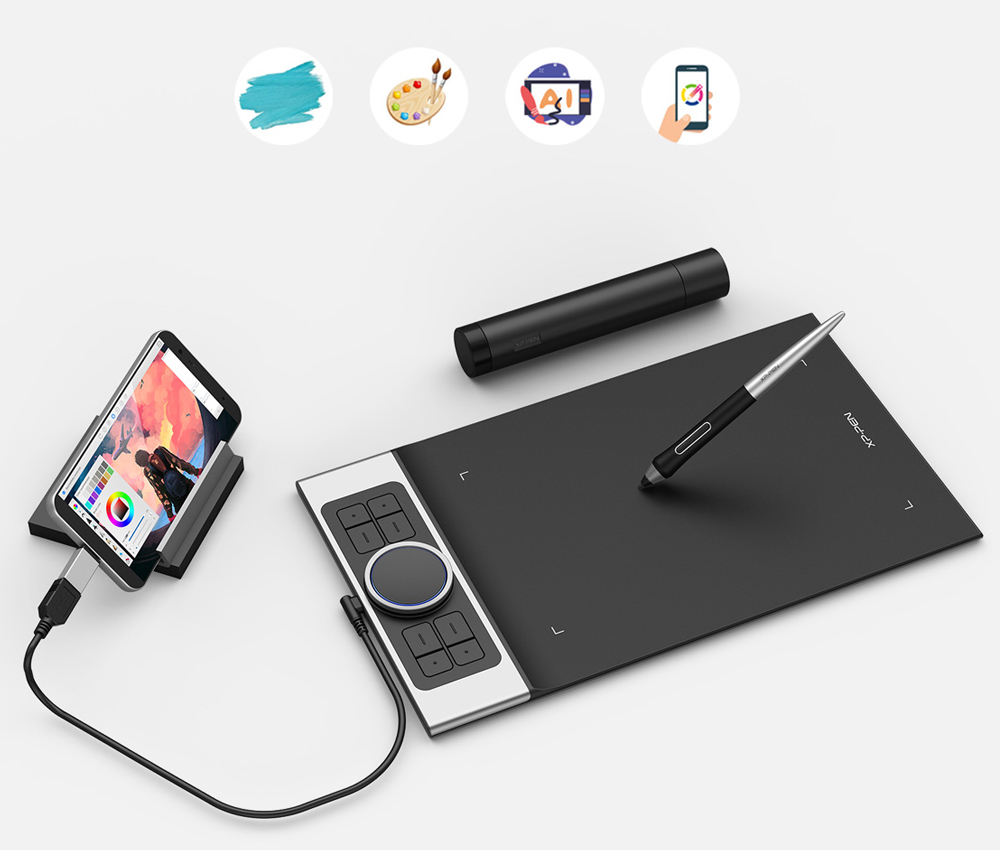 XP Pen StarG640S costs closer to Huion H640. We have not researched it.

This Article Has Been Shared 779 Times!