Even a child have a tendency to act independently within the framework of one’s own possibilities and to determine without external control the goals and procedures of one’s own actions. This fact shows that the need for autonomy is given high priority, which should be satisfied. But how can big data help? This raises the question of what constitutes autonomy for adults. Overall, the number of vehicles is rising steadily, Mobility is a part of everyday life. There are nearly as many vehicles as residents in many countries. There is a lot of traffic in big cities. Electrical systems are already helping to control many cars. But the number of cars in the world is increasing. The transport network is overloaded in many places. Highway bridges age faster than expected and need to be renewed. The countries and municipalities are having problems with the maintenance of the transport network. The construction sites are piling up and the city centers are often dense. At peak working hours, many car dealers face traffic congestion in traffic jams. But on the other side there are many roads with little traffic. What should we do? Build new roads? Expand the existing roads? Or is perhaps even better traffic management sufficient?

Big data can be used in traffic management and thus ensure the mobility of individuals. Big Data needs a large amount of different data as a basis. There are two types of data related to traffic management: stationary detector data and vehicle and mobile data.

Stationary detectors include, for example, induction loops, infrared detectors and radar detectors. They are predominantly available on the motorways and roads and can selectively determine traffic intensity, time gaps or even local speeds. The aim of such systems is local fault and congestion detection. Often they also appear in combination with traffic lights to make the phases more dynamic. For example, an induction loop can detect vehicles and send signals to the next traffic light, which initiate a green phase. Thus, at an intersection, by avoiding switching phases, the traffic flow can be maintained. low-traffic junctions get only the green light, even if a vehicle is actually on the stop line. Figure 9 shows a traffic light crossing. On the recording, cuts in the road surface can be seen in front of the stop line. These cuts are indicative of an underground induction loop that can detect a stop-line vehicle.

However, stationary detectors only detect a small area and traffic flows, or agglomerations are difficult to detect. Stationary detectors are therefore very well suited for local traffic micro-management. However, due to the unequally distributed equipment of the transport network, the data accumulated there can only be brought to a more global level through complicated procedures and are therefore hardly usable for smarter traffic control using big data.

More suitable are the so-called Floating Car Data (FCD). These are data generated by vehicles in the transport network, allowing the on-board systems of cars, trucks or buses to be recorded. For this purpose, the resulting data must first be evaluated in order to interpret it in a next step. In Boston and Rio De Janeiro tests were carried out and data recorded by mobile phones (calls and SMS). Based on this, the place of residence and the work place of the subjects could be determined and thus the traffic cells could be analyzed to discover hot spots where the traffic is particularly dense. These evaluations gave a good picture of traffic and bottlenecks, so cities could react accordingly.

Nowadays, no car is delivered without an on-board computer. More and more electronic auxiliary systems that read and monitor vehicle parameters are being installed. A few vehicles already have access to the Internet. The collection and exchange of data will be possible in the future, at least technologically. In addition, the first driverless cars already exist. It would be conceivable that such cars with their sensors provide information about their environment, which could then be evaluated in a central location to allow more accurate real-time measurements. Data mining methods can also be used to make forecasts and look to the future. Furthermore, a communication between the driverless cars is conceivable, who would automatically adjust their routes and use the transport network more evenly. However, this development is dependent on various other parameters, such as the financial resources and not least of the development of the political fabric, as road construction and traffic management are areas of responsibility of state institutions.

This large mass of vehicles, and the fact that these developments are not stopping, suggest that there must be a regulation to further ensure the mobility of the individual. Expansion, in the form of expansion of the road network is a costly option. In terms of cost, increasing efficiency through big data methods is the preferred option, but there is currently a lack of sources that involve policy discussions about such an approach. In view of the mass of data that will be generated in the future in particular, big data in traffic management will become inevitable in the future in order to guarantee mobility and thus also autonomy. 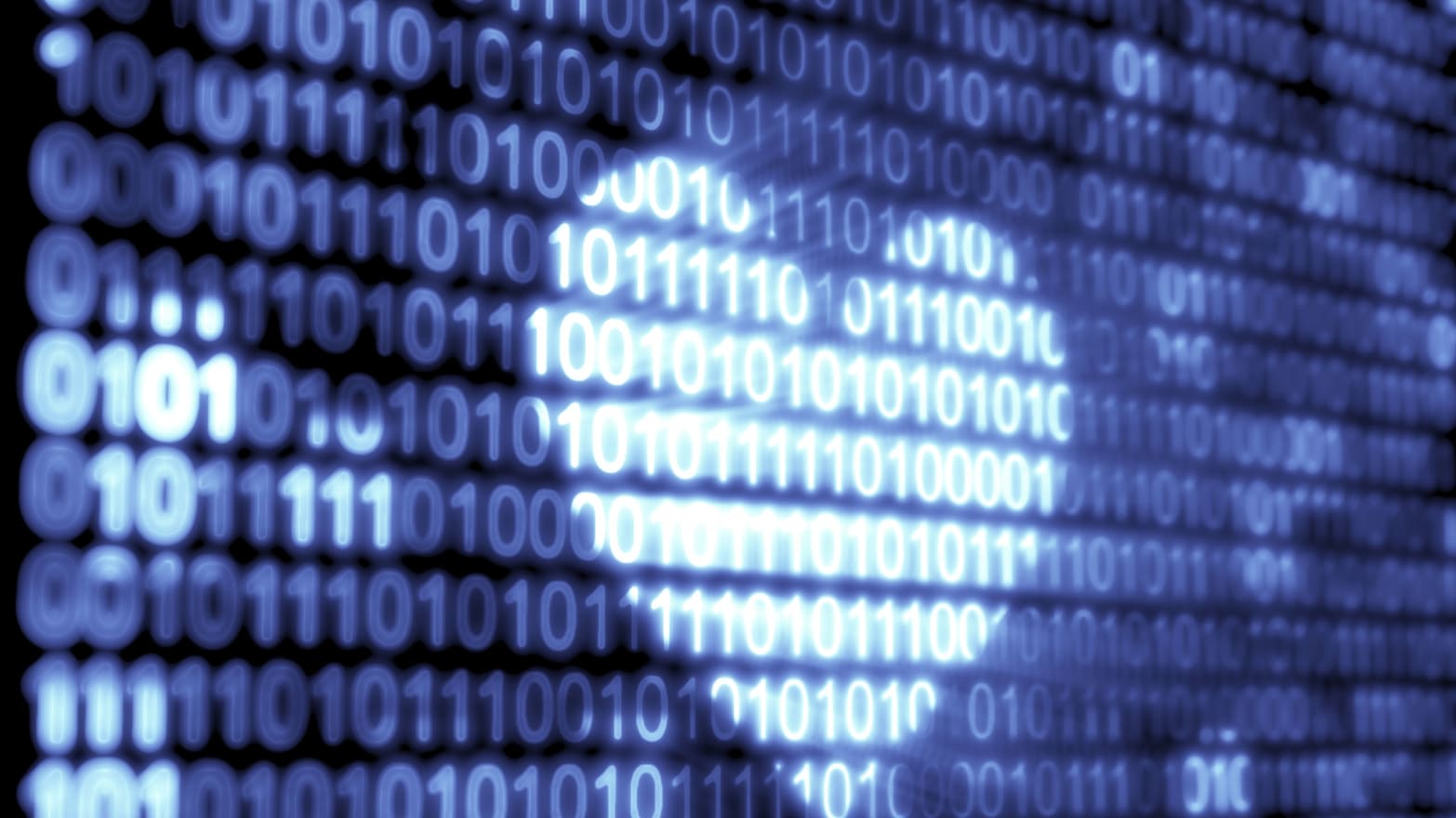 The need of love

Love is also a need after Rosenberg. which every human being unites. There is no clear definition of love. If the focus is on the love between two people, it means a biological feeling and a release of certain endorphins. Love should be a connected and positive feeling. People love because it fulfills certain needs and desires. The desire for recognition, tenderness and understanding are, in addition to the support that is given in difficult times, some factors of it. But where is love actually found, how does man know that he loves someone and above all because of what qualities he loves his counterpart? These decisions, then as now, are highly subjective and personalized.

By using Big Data such a project can be put into action. So big data should be able to talk about love and make forecasts. Thus, such questions can be answered by a computer program or by data evaluations. It is not only possible to determine how well one person fits each other, but also data-based forecasts of other factors can be made. Examples are the duration of a relationship or the possible end time.

In the online dating segment more than 8 million users are active each month. There are other segmentations. There are social dating platforms, classic dating portals and online dating services. All are digitized platforms and thus allow for the technical storage and evaluation of all data accumulating there.

The quality of the statements depends on the quality of the algorithms behind the big data evaluation. The respective algorithms of the provider platforms are considered as trade secrets and are kept strictly under wraps. Obviously, the algorithms search for the same interests and connect people accordingly. In addition to purely rational methods of connecting two people in relation to their interests, it should also be attempted to address the searchers on an emotional level by also evaluating emotion and mood data. Such information is just as important as a person’s choices are not purely rational, but feelings and emotions play an important role in decision-making. This also applies to Dating.

It is already possible to evaluate the mood and mood of a person through data surveys, in the age of social media and the associated evaluation of intimate emotion data, the validity is even more efficient, because it is usually this detailed information that guarantees a good hit and success rate. The algorithms used place a special focus on the creation of emotion patterns, which in turn leads to conclusions about partner probabilities.

The computer uses the Big Data application to create a sensitive environment based on the emotion data. People are networked digitally and for this reason, the emotions have arrived in the presence of technical recognizability. They can be digitally captured, stored and evaluated. Every human being has to decide for himself how dangerous these technical possibilities are and how much he wants to divulge digitally about his human qualities. The fact that all these characteristics of the users have already been disclosed and can be retrieved for potential prospects on the dating portals, can give the impression that the introductory phase and thus also a piece of romance can be lost. However, the users of such portals do not feel that way.

A clear example of the technical background of such an online dating platform is the website OkCupid. This is a freely accessible free platform, which also gives a short technical explanation on the hit rate on the website. When answering a question, two further answer information are recorded in addition to the factual answer. On the one hand, the answer can be used to draw conclusions about the expectations of the respondent to a potential partner and, on the other hand, to show what weighting the respondent places on this question. The algorithm finds a suitable partner, first of all on a mathematical basis.

However, there are barriers that could prevent a meaningful outcome. It involves fun users who have no real intentions behind their activities, a role. Even fake accounts in which the given data do not match or do not correspond to the truth can falsify such an evaluation. However, since the majority of users are ambitious to find a suitable partner, they can be identified and filtered out accordingly. Collaborative filtering plays an important role in all evaluations of dating sites. So, if a user finds one group to be attractive, it suggests that another user with the same characteristics and information has the same audience.

Whether the digital dating portals are now successful is a crucial question and especially for the existence of big data in this segment is essential. The personal success of the individual users and whether personally set dating goals have also been achieved depends on the user himself. However, the necessary framework conditions can be created by big data and have a supporting effect. In 2005, 9.2% of internet users said they had an online dating relationship. 4 years later, this share has already risen to 18.8%. 16.4% of all marriages that were closed in Germany in 2013 started with a dating on the Internet. These increases in success rates can also be explained by the use of big data, as this data analysis recognizes correlations between human characteristics that might not otherwise have been apparent. Whether Big Data sufficiently satisfies the need for love can not be said on a flat-rate basis. However, it is clear that the search for a partner can be made much easier by using big data and that people who already have the same interests come into contact with each other.

In the next part, we will draw a conclusion on the topic.