They are not comparable as watches. They can be compared only for the specification part. These two watches are different for their look, not exactly they are too different from the specification point of view. May be, Samsung wanted two watches, one with a masculine sports design and another with a normal watch look. Over 5 years, smartwatches evolved in design and in the functionalities they offer. After releasing the Samsung Galaxy Watch LTE, Samsung has two smartwatches with LTE variants – Galaxy Watch LTE and Active 2 LTE. It is normal to fumble to select one model between the two.

Galaxy Watch LTE has a physical rotating bezel and it’s screen sits deeper inside. This is an extremely safe design for the screen to avoid the screen getting damaged. On the other hand, the screen of Active 2 LTE offers a higher PPI screen (364 PPI, Galaxy Watch LTE offers 278 PPI) and is larger (by 0.1 inches). The difference between these two models from Samsung differs by the display they offer. Samsung is about display technology and Samsung wanted to offer one model with a bright larger screen with higher PPI and another model as robust.

Galaxy Watch LTE has a larger battery (472 mAh battery) and in real-life, you can easily roam around 2 days with a single charge. The sexy Active 2 LTE, however, will not offer battery life (340 mAh battery) of more than 1.5 days. Of course, you can extend the battery lives of both to a week by turning off near all the features. 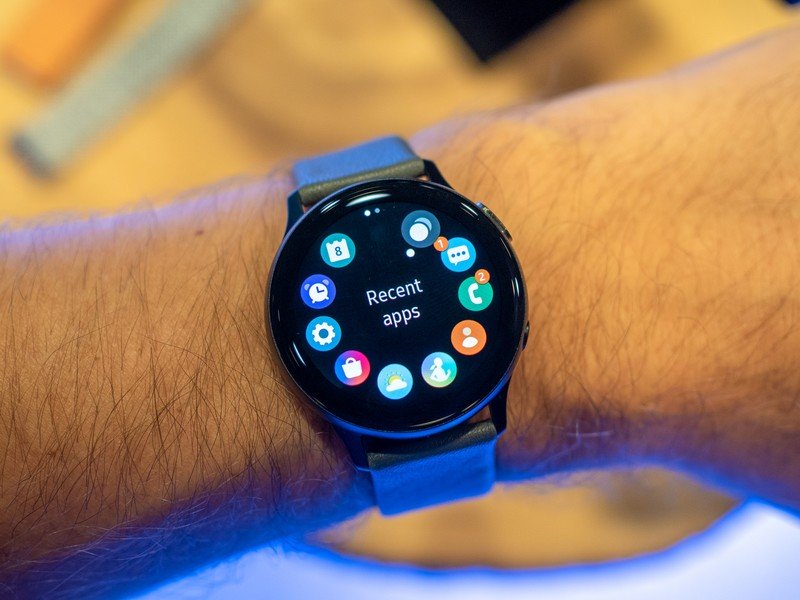 The Galaxy Watch LTE’s screen does feel slightly less vibrant to me probably for having a lesser PPI. The screen looks like that of Vivo like brands. That slight difference become obvious while working with Samsung Galaxy Watch Designer. None of the models is closest to ideal. Active 2 LTE should have a larger battery and a physical bezel. On the other hand, Galaxy Watch LTE should have the hardware for ECG detection and a higher PPI screen. Unfortunately, Samsung pushed these two models before much development of the official applications. Samsung’s biggest plus point is the offer of Samsung Galaxy Watch Designer and Tizen Studio.

In real life, there is no other difference between two models – all are identical starting from the volume of the speaker to network connection quality. The difference in PPI probably not obvious to many of the users.

When both the models are available to a consumer then Active 2 LTE becomes a better option unless one wears the smartwatch mainly for outdoor works and need longer battery life. The elevated bezel of Galaxy Watch LTE offers the definite advantage of not requiring to touch the screen to wake up and avoiding scratches by an accidental rub with hard surfaces. However, Samsung has not poured more innovative ideas in the bezel to use it as a clickable mouse. It is more practical to expect some upgrades to Galaxy Watch LTE in the next models to make it designed to be compared with Active 2 LTE.