Various cloud technologies such as cloud server, cloud storage are used in the field of cloud robotics is a field of robotics to utilize benefits of shared service infrastructure. Thus, the robots get the benefit from powerful computing, storage, and communication capabilities of cloud computing, which can process and share information from the agents (other machines, smart objects, humans,etc.).

The first publication of the term cloud robots was published during a presentation given by James Kuffner during the IEEE/RAS International Conference on Humanoid Robots. The title of this presentation was “Cloud-enabled robots”. Kuffner presented here a summary of the important developments in human robotics. Followed by implications of cloud computing for the separation of the control of the physical robot itself. He also focused on more software-oriented robots by discussing examples such as Google Maps and Google Translate where the data is stored in the cloud and changes to the data can be published immediately.

Globally, it is predicted that over the next five years the compound annual growth in the cloud robot market will be 22.86%. Internationals like Microsoft and IBM are investing in the development of cloud robot technology. CBS published in 2019 that half of many companies around the earth now use the cloud. Cloud robotics in most countries is still in its infancy and is almost only available to large companies that invest in its development. 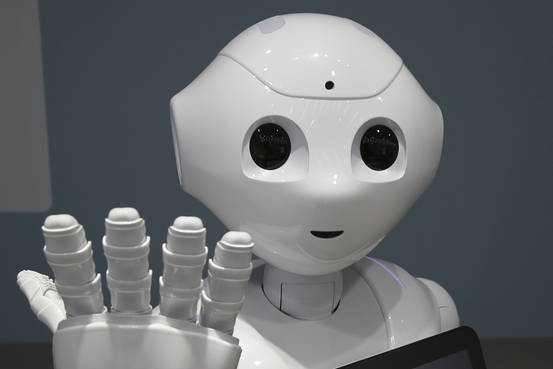 The term ‘cloud robots’ refers to both physical robots and software robots. Physical robots can use greater power and computing capabilities of the external control because these devices are no longer limited in volume by processing outside the robot itself. Software robots can also be programmed in such a way that they can automate virtually all tasks performed according to fixed logic on the computer. Application of cloud robots is in the form of autonomous mobile robots, medical cloud robot and industrial cloud robots.

Tagged With is cloud robotics important

This Article Has Been Shared 716 Times!

Articles Related to What is Cloud Robotics?