A rotary hammer is the big brother of the home drill. The rotary hammer vs demolition hammer is a debate as in some cases, you will be able to complete the same work with any of the tools. But they do come with their unique benefits and that is the reason for publishing this article.

A rotary hammer is a drill that uses rotation and a hammering action that can be used to break up the concrete. Apart from the hammering function, it is quite a useful tool as a power drill. Home drills commonly use drill bits up to 10mm. Naturally, you can not use a bigger drill bit with a home drill. A rotary hammer is a versatile tool particularly if you feel that your home drill is less powerful. A home drill is a great tool that can be used as a power screwdriver. There are a lot of attachments available, making a home drill useful to tighten the nuts.

The demolition hammer is a big, powerful tool, which is costlier than the rotary hammer. The home drill has no resemblance to a demolition hammer. A demolition hammer weighs at least 5KG, and is designed to either chip out or break concrete. Demolition hammers (also known as breakers) are the biggest hammers but are too heavy for vertical surfaces. It is not a suitable tool for a “normal” female operator. In many countries, you’ll need an accompanying dust extractor to comply with the local rules. You’ll need to wear a boot, safety goggles and gloves. It is an instrument that is not closest to funny.

Our readers mostly need a tool for chipping for concealed conduit wiring. In most English speaking countries, houses are usually made up of brickwork and concrete. We cut the brickworks with some surface cutter tool like a marble cutter or an angle grinder and engrave the tract with either a rotary hammer or a demolition hammer. 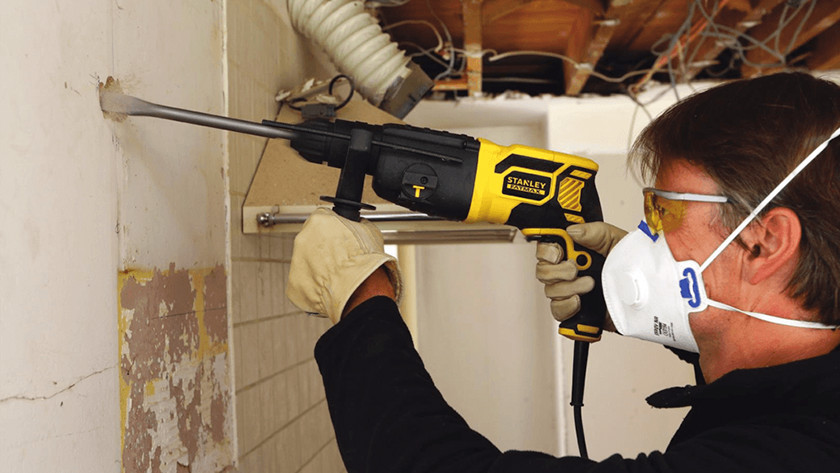 This Article Has Been Shared 671 Times!