Advertisement
You are here: Home » How To Fix Vertical/Horizontal Lines and Flickering of Android Smartphones
Advertisement

Last week, my mother’s Vivo smartphone suddenly became like those old poor signal television screens with vertical lines and flickering. The appearance was so horrible that I was forced to think to purchase a new smartphone and send that Vivo to the repair centre. I had to perform some research around this odd problem and finally got the thing somewhat fixed, the set is now in a usable condition. The mother’s Vivo made some matters obvious to me (which I was not aware of) :

I performed a web search with brand names and found both the Chinese sets and expensive brands to face the issue. After searching against Samsung, I found a fix suggested by a user :

“Connect your phone to a charger then at the back of your phone please press 1 inch above the Samsung logo as hard as you can for 20 seconds. Your phone will automatically charge up and will work back to normal.” I believe that the issue is a hardware issue and software tweaks probably fix it for a time. Samsung has a FAQ on it:

I can add only two more points to try:

Before doing anything, you should take a full backup. 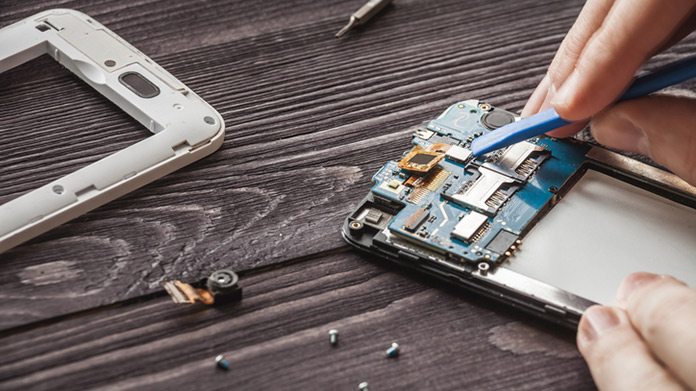 Can you permanently fix a smartphone at home whose display is flickering?

In the case of my mother’s Vivo smartphone, I believe that hours after hours watching YouTube videos killed the 3 years old set. Reasons are often can not be proved. But, if an electronic device shows up an issue, it is likely to create more troubles in future if you avoid visiting the repair centre at an early stage.