Advertisement
You are here: Home » Whether HP x360 Will Get the Free Windows 11 Upgrade or Not
Advertisement

Microsoft Windows 11 will be the successor to Windows 10 and was announced on June 24, 2021, by the Microsoft product chief. HP has announced to provide an upgrade to the whole series of HP Spectre, HP ENVY, and HP Pavilion. All you have to do is keep your laptop updated.

As per HP’s official statement “Upgrades to Windows 11 will begin to roll out late in 2021 and continue into 2022. During this time, we will be doing some behind the scenes testing and validating for your specific PC. Windows Update will indicate if and when your PC is eligible. You can check to see by going to Settings/Windows Update. Similar to how end users are notified when updates are available in Windows 10, end-users will see an indication in the notification areas of the taskbar in the bottom right, that the upgrade is available. More information on how that is presented will be available at a later date. Additional desktop notification options may be also be added at a later date.”

For machines that are within 4-6 years, are likely to meet the hardware and system requirements and hopefully get the free upgrade. You may test the Windows 11 OS build: 22449.1000 (kind of beta version), you get more information here :

Avoid the above version as a single installation if your usage of the laptop is series. You can test that version by installing it on an external hard disk. The reason for this warning is the time limit of beta versions.

Windows 11 follows the Windows 10 generation. The operating system was considered a service, with new builds and updates to be released over time. However, speculation about a new version or redesign of Windows arose after Microsoft published a job ad referring to a “comprehensive rejuvenation” of Windows. The UI redesign project was codenamed “Sun Valley” and was initially thought in public to be another Windows 10 version.

Windows 11 again uses rounded corners of windows. For the first time since Windows 8, the Windows logo is changing again. It now looks like the Microsoft logo but in shades of blue. So far, Windows 11 should also be able to be activated with a license code for Windows 7, 8, 8.1 and 10. 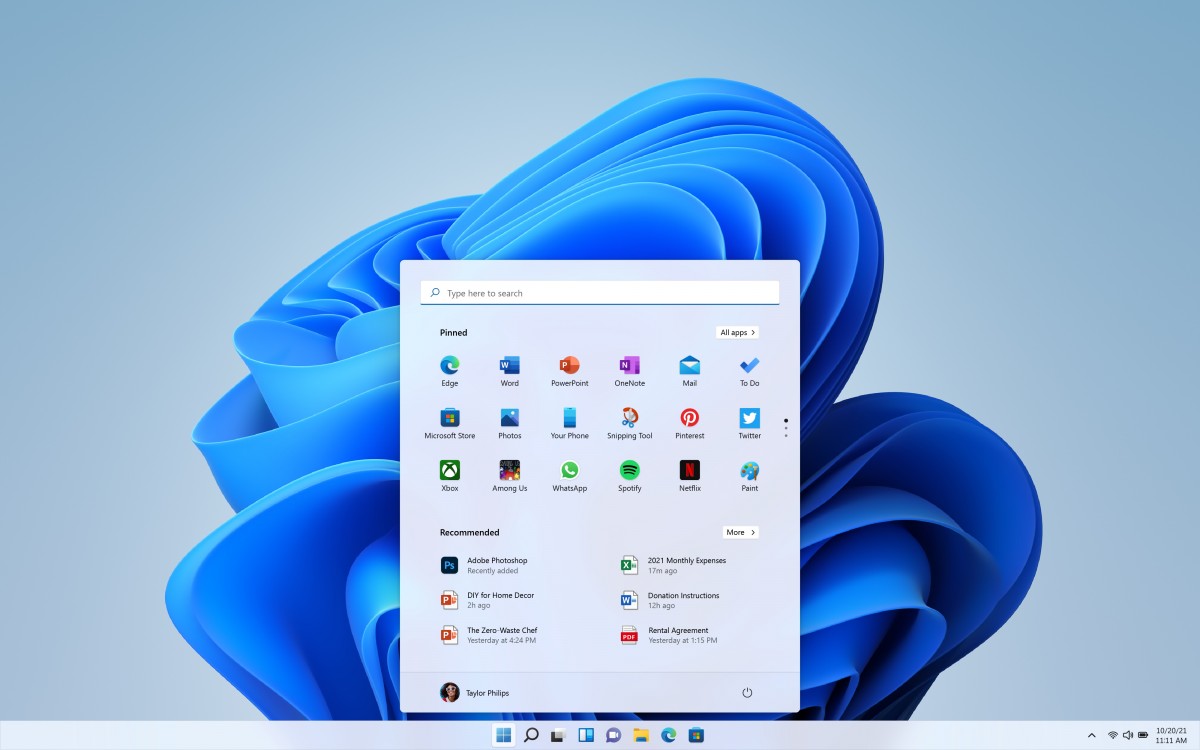 With Windows 11, booting and loading should be much faster than with Windows 10. An acceleration of the update process through smaller Windows updates is also planned.

The touch function should be improved and be immediately available if the system does not recognize a connected keyboard. A customized version of Microsoft Teams is to be integrated into Windows 11 and, among other things, enable video chats or text messages via quick start. On Windows 11, apps developed for the Android operating system will run directly.

This Article Has Been Shared 848 Times!