Advertisement
You are here: Home » Windows vs. Linux: Which is the Best OS?
Advertisement

Are you searching for a new PC to purchase? Do you plan to change your present operating system? Two of the most popular OSes available today are Windows and Linux, but which one is better? Mac is a different world since Apple restricts the hardware and also supplies some productivity apps for Mac that are not available for a Linux PC. There’s no single answer for the best OS as it depends on your requirements. In our Windows vs. Linux guide, we’ll compare both options so that you can make a well-informed decision.

A Brief History About Windows and Linux

Microsoft released Windows’ first version in 1985. Today, it’s the most dominant desktop OS worldwide, with around 1.5 billion users across multiple versions. Every Windows iteration comes with a unique GUI, enabling users to access and use available functions easily. Windows 11 is the latest version, which is slated to be released on October, 5th 2021.

Linux is an open-source OS that Linus Torvalds first released in 1991. Designed to be UNIX-like, it allows users to make changes to the existing code and create different distributions or versions, which can even be sold. Linux has become the preferred choice when it comes to setting up servers, and most of the web pages on the internet are powered by one of its distributions.

With that out of the way, let’s take a look at the differences between the two desktop OSes:

Linux is faster than Windows, hands down. That’s why it runs up to 90% of the top 500 fastest supercomputers in the world. The OS consumes fewer system resources than the most recent Windows versions. On the other hand, Windows can slow down to agonizing levels even if used sensibly. Disk space and memory hogging are common phenomena when multiple processes or programs are running.

Linux isn’t the easiest OS to use, but it has been improving its usability year by year through continuous modernization. The setup process is made easier with the release of distributions like Linux Mint, and constant updates have allowed users with no or little technical know-how to install software and conduct normal activities like play music or send an email.

Due to Windows’ market dominance, the OS comes pre-installed on a wide variety of devices. If you’re buying a new PC, it likely uses Windows. As a result, a vast majority of people are already familiar with its interface. Plus, a user-friendly toolbar and easy program installation make Windows an excellent choice for both novice and veteran users.

Linux is typically more secure than its Windows counterpart. Though attack vectors still exist in the OS, their open-source nature enables anybody to identify and resolve the vulnerabilities quickly and easily. As for Windows, it has made various security improvements over the years. Despite that, it continues to be the primary target for cybercriminals due to its large user base. As such, users should use programs like antivirus, anti-malware and VPN for extra protection on windows.

Windows easily trumps Linux in terms of gaming. Many gaming clients like Steam and Epic are available to Windows users, allowing them to play small indie titles and AAA games. Though Linux has introduced beta support for a variety of games, it still has a long way to go in the gaming market. If you get a Linux-powered PC, you’ll miss out on many games. What’s more, the lack of support from graphic card manufacturers is another factor worth considering.

Since its first release, Linux has focused a great deal on uptime, system security, and process management. Therefore, it doesn’t come as a surprise that Linux is one of the most stable, secure, and reliable OSes around.
Windows has also made numerous improvements across the years to increase reliability, but it still lags behind Linux in this department. Many features have been removed for ease of access and/or user-friendliness, making Windows not as reliable as Linux.

Linux takes the win here because it’s open-source and can be modified easily. There are many distributions to choose from, which can be adjusted per the needs of users. If you know how to code, you can even modify the OS yourself. The same can’t be said about Windows because it’s closed-source and doesn’t offer that many customization options.

Windows have more apps that support touch and stylus.

Many specialized applications including Adobe Photoshop is not available for Linux. 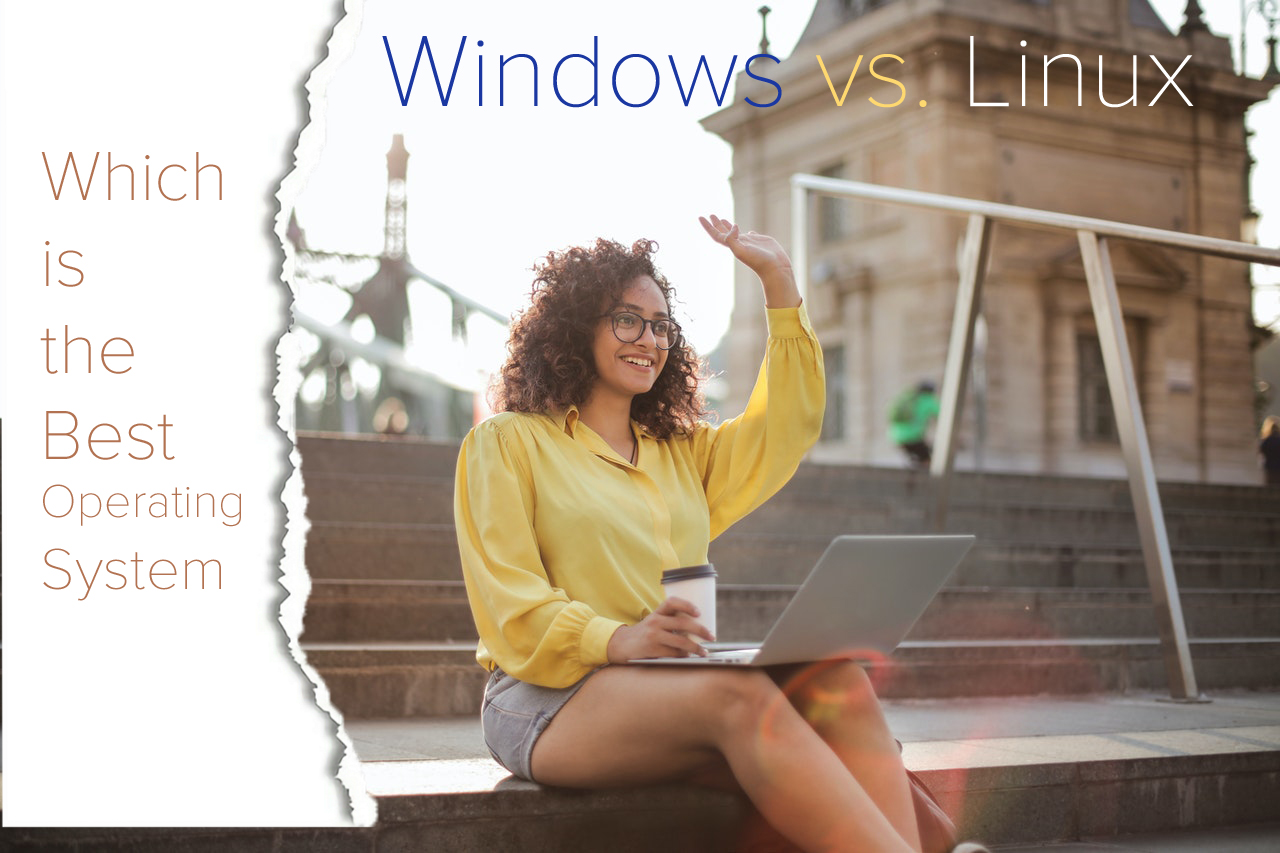 Are you planning on switching your OS from Windows to Linux or vice-versa? We hope this blog has given you useful insights into the advantages and disadvantages of both OSes so that you can choose the right one for your needs. Linux is the best for most use cases of a server, but neither Mac nor Linux is suitable for many days today works.

Tagged With linux os vs windows

Articles Related to Windows vs. Linux: Which is the Best OS?