Computational Social Science is an interdisciplinary field that develops and tests theories of human behaviour using computer-aided methods, primarily in the social sciences, psychology and economics. These methods are applied to large data sets on human behaviour, including from social media or digitized archives, such as those containing administrative data. This is often equated with the use of big data, but computer-aided social science also includes text analysis and simulation.

The term computational social science originated in the last quarter of the 20th century in the social sciences as well as in the MINT subjects (mathematics, engineering, natural sciences and technology). It gained broad visibility in 2009 through a publication in Science. Within the social sciences, the term originally described the use of computer programs to simulate human behaviour (e.g. agent-based modelling). The work led to theoretical advances, e.g. in social psychology and network analysis. Within STEM subjects, on the other hand, all studies that use large data sets on human behaviour are often referred to as computational social science. From the point of view of the social sciences, these studies, e.g. of sociophysics, although they elegantly apply theories from physics and mathematics, remain largely decoupled from social science theory – and thus from their comprehensibility in terms of content.

The field has become increasingly consolidated in recent years so that its methods are increasingly described in textbooks and manuals. In addition, a large number of conferences, such as the International Conference on Computational Social Science (IC2S2), have established themselves and the number of publications in the field has risen sharply. Nevertheless, the field remains smaller than, for example, computational biology. Several international research centres have established themselves in this field. 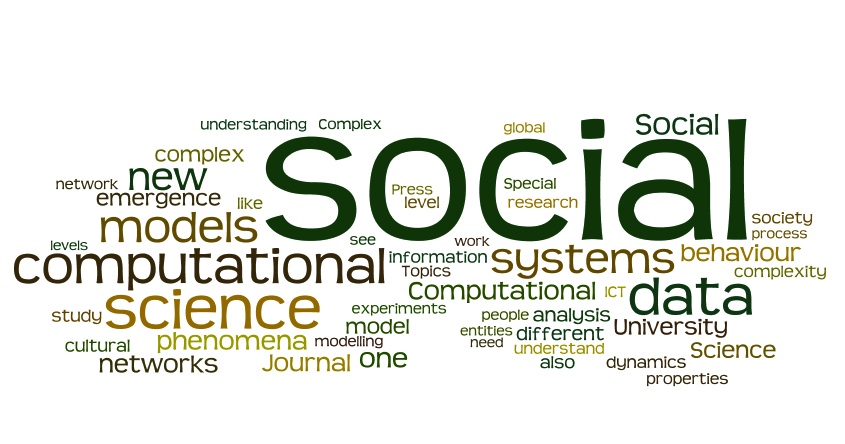 The following thematic focal points with a reference to sociology has been found: The investigation of social networks and group formation; collective behaviour and politics as well as the sociology of knowledge (e.g. use of citation data to investigate consensus building within science). Another topic is social psychology and emotions as well as studies on the assessment of cultural products such as music, art or films. The intersection of computer and network methods is also flourishing within economic sociology. Computational social science has only recently arrived within demographics but is quickly gaining popularity there.

Articles Related to What is Computational Social Science?