Dying means not growing at a higher rate. Dying does not always mean declining. We can still use ham radios during emergencies when smartphones may not be usable. Amateur radio is a popular hobby that combines many different aspects but this hobby is suffering a worldwide decline. Many amateur radio enthusiasts wonder why the hobby of amateur radio is dying. This article will provide some answers.

Ham radio has been dying for several reasons, including the rise of the Internet, the rise of Arduino-based electronics, difficult licensing, higher capital need and the decrease in its popularity. When ham radio enthusiasts first get started, they generally use VHF FM frequencies. The amateur radio amplifiers transmit the frequency that is another. The rebroadcasting makes it possible to reach a thousand miles away.

One might say that the ham radio has proven to be useless because of nowadays many inventions such as smartphones, computers, and the internet. But in a disaster that cuts off power and electricity, the internet is unlikely to work.

Typically, amateur radio is operated by those who have passed the exam from the Government telecom department arranged examination and often after an interview by police. There is a wide range of occupations for these operators, including professionals like engineers, doctors and politicians. Ham radio in developing countries like India was never for ordinary people.

If Government asks to go through a formal examination before the publication of guides on Arduino, then 90% of the hobby electronics would fly away.

The Rise of the Internet

It is obvious that the internet gave people the power to decide what they want, and that’s why we’re making controls for the Internet easier than ever. Starting with Facebook, Twitter, self-hosted WordPress blogs, WhatsApp, and YouTube – the possibility and methods to broadcast or one-to-one communicate have significantly broadened. Most importantly, people can generate a significant amount of money by learning various skills.

The Rise of Arduino Based Electronics

A minority of the population is always interested in DIY electronics and telecommunication. Arduino platform along with Made in China electronics modules has increased the interest in DIY electronics around the world. Today there is no country where ESP32 and Arduino are not available. Coupled with that, there are zillions of textual tutorials, and YouTube videos to create your own IoT projects. Today people are building their own smart homes, arranging solar panels to generate electricity, and getting more and more interested in rainwater harvesting. 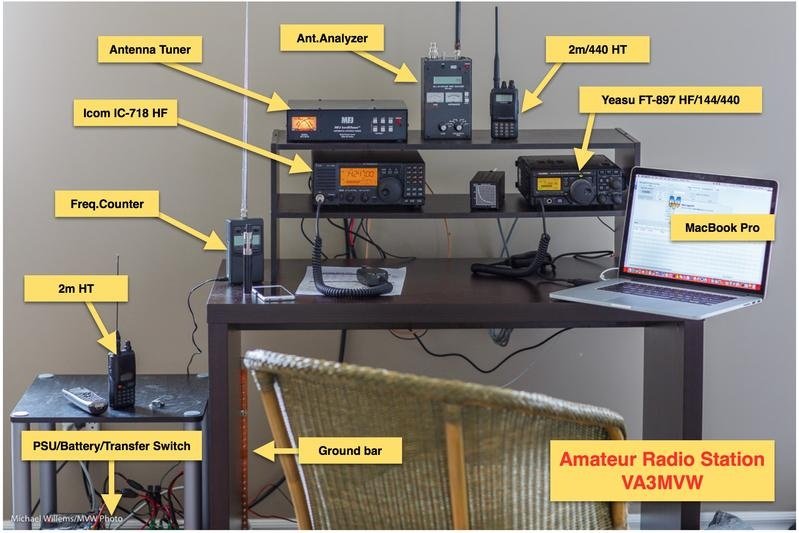 The image copyright belongs to Michael Willems (from Quora).

Since the early 1900s, this hobby is based on the use of radio waves to communicate over short distances. There are no monetary rewards at the heart of ham radio, but it has been described as a hobby and personal interest. You can not compare the lifestyle and economy of the 1990s with that of today. With a small capital, today it is possible for an electronics hobbyist to start a professional blog and YouTube channel and make money (without a license).

Articles Related to The Reasons Why Ham Radio is Dying