Previously we wrote about Elive : possibly the most out of the box beautiful Linux distro. Elive is based on Debian Linux along with the developer’s own Enlightenment X window manager instead of GNOME or KDE. Elive Topaz obviously follows the Debian Community’s spirit and it is fully free.

Windows Like Linux Distro Zorin OS is based on Ubuntu 11.04 but without unity you can chose from gnome one that looks like Windows xp and Windows 7.

Windows Like Linux Distro Zorin OS, however has two flavors : Free and Premium.

Conclusion and recommendation for Windows Like Linux Zorine OS 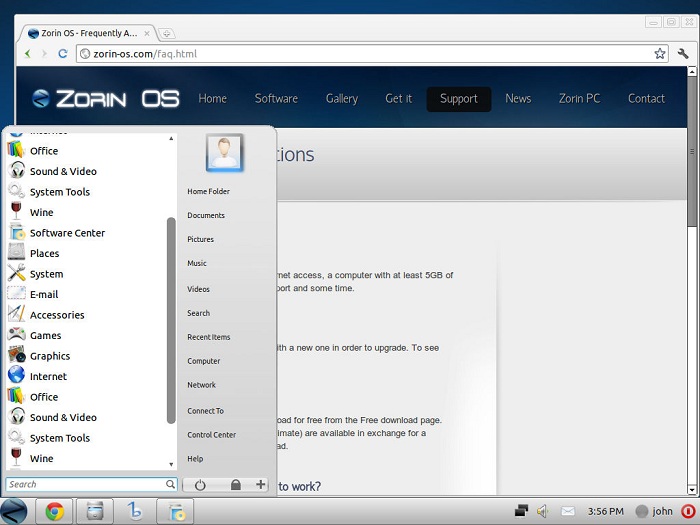 Zorin is Windows Like Linux. That is it. Screenshot and more hard criticism will be found on Dark Side of Linux.

We will suggest not to use Zorin with the need “I want Windows Like Linux”. Do not hunt for Windows Like Linux. Instead understand the stability : Open Suse, Debian or even user friendly Ubuntu has much to offer than Zorin.