For some reason, Android OS is being over promoted as if there were no good mobile operating system before. Yes, to a past Samsung, Java mobile users Android OS will appear as customizable as the user never used Nokia’s Symbian OS before. I am using Nokia’s Symbian Smart Phone from the day Nokia first released their Symbian OS based smart phones and obviously I am using Android as well as iOS.

What are these Android OS, Nokia’s Symbian OS, iOS

There are all operating systems for mobile devices. The tablets you are taking nowadays – face the truth – are nothing but just smart phones with bigger screens. Do you know why? Their processor is ARM based – it is not a desktop / laptop processor. We have published lot of detailed articles on Processor ago. So, if you are dreaming that HP’s Tablet PC which costs few thousand dollars is equal to your iPad or Chinese Android OS, you are fully wrong.

Symbian can be used by any vendor and customized. Other than Nokia, Panasonic, Samsung and other brands has / had Symbian based smart phones, but Nokia basically uses Symbian OS more.

The most touted feature about Android OS – Thousands of Apps and Highly Customizable OS needs a hard criticism. In the GUI front,?Android has nothing of its own. Its GUI is fully copied from Symbian, iOS and other OSes. Android is a software vandalism in the name of Open Source.

Symbian has lot of applications, some open source others paid. Yes, unlike Android OS, Symbian apps are not available in such an organized manner even in OVI store. Symbian is more customizable – just with one theme one can change the icons, wallpapers, menu colors and every GUI parts within one key press. By the way, there are few Free Symbian apps which runs AdSense Ads. 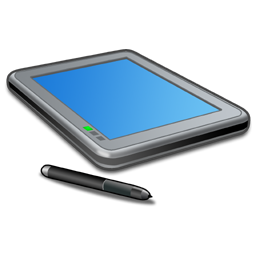 Symbiangure wrote a nice sentence one year ago – “Symbian is more of a phonesmart than a smartphone ? that is, the phone part is always a priority, and it shows. The phone aspects of Android don?t really work all that great, and can be confusing. For instance, when I?m on a phone call and hold the HTC Eris up to my face, the screen goes off.”

This is where Nokia’s Symbian wins. A mobile device is just to do some quick works where using a laptop is not possible, nothing more. Nokia understands this very well.

This article on Android OS versus Nokia’s Symbian OS is written by a writer who remains to be anonymous under the pseudonym “Sadhu”.

This Article Has Been Shared 420 Times!