What is Android Apps

Android Apps are programs like those you install on your computer. These Android Apps give us some extra specific features which were not present when you purchased the set. These have apk extension like the Windows programs have .exe, .msi extensions.

Understood what is Android Apps, tell me more!

As you were interested to know what is Android Apps, you might be interested to read about a comparison with similar kind of Mobile OS named Symbian. Some of these Android Apps are free (may or may not have Ads) and some paid. You must be aware that, some bad developer can push “codes” inside some Android apps which can steal your information. So, do not install relatively unknown or less voted apps.

Officially you can download from Market place. Market place is itself an app and come with your set with an shopping bag icon – 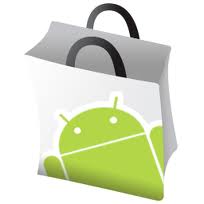 You can go there and search with what you want. Select it and install.

What is Android Apps download place other than official Market place?

Google does not allow some Chinese sets to download apps from the Market place. There are lot of good blogs, forums where from you can download them. Also, we are launching a dedicated website which will list and allow all users to download the free Android Apps, wallpapers etc. The name is very easy to remember – Android Apps Free Download or just click here.

Articles Related to What is Android Apps