We gave given the importance to the fastness of updates with the International Exchange rates these apps are adapting, graphical quality is a matter, but for Best Currency Converter Apps, accuracy is much more important. You can type or copy any name of the apps listed in this list of Best Currency Converter Apps for Android and search it in Android Market Place using the Search function. 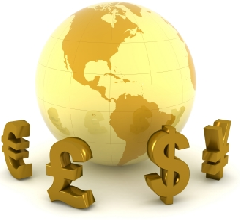 Currency Converter : Track Currencies from around the world. Easily convert between your favorite currencies. Graph currency pairs over time, get the latest news on each currency.

Exchange Rates : An easy to use currency converter with no ads.

Currency Guide : Not only convert currencies but also test your currency knowledge with FXware.