The main element on the motherboard is the chipset, which has evolved over time from many individual blocks to a few large-scale integrated circuits. The chipset is the link between the individual components of a motherboard. Chipset ensures that all components of a computer can communicate with each other through their interfaces. chipset from different brands can vary in performance up to 10%. It is the chipset which determines which components can be used in the computer system. Chipset usually available from processor vendors whose target is to create the optimal environment for their processors. Either they sell the motherboard as it is or sell the chipset to a third party vendor who resells to the end consumer.

Architecture of a Chipset 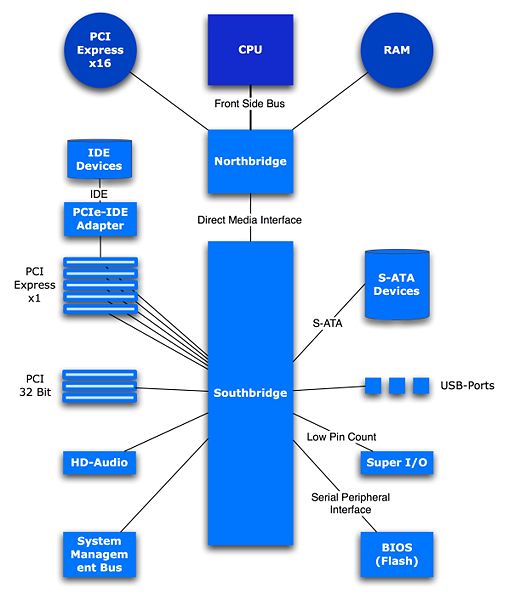 In the extended hub architecture, the chipset is slowly becoming more important. The integration of graphics card and memory (RAM) are always the bottleneck of a computer. The steadily increasing importance of graphics performance of a computer leads to the effect that the graphics card is connected directly to the processor.

To Summarize the topic Chipset of a Motherboard

Tagged With what is chip set in a motherboard

This Article Has Been Shared 302 Times!

Articles Related to Chipset of a Motherboard