Image sensor of Digital Camera those are in consumer level usage can be CMOS or CCD. There are some differences inthe technology and performance of Image sensor.
An image sensor is a device for recording of two-dimensional images in visible light range. There are also two-dimensional semiconductor detectors for recording high-energy ionizing radiations such as X-ray and gamma radiation. Technological solutions to capture an image in the visible range to the infrared are often based on two-dimensional arrays (“array”), whose signals are read electronically. Especially when this is known as infrared focal plane array (FPA).

In digital photography the Image sensor is the equivalent of conventional photographic film. The sensor is an array of photosensitive elements that works by converting light into electrical signals that captures that can be stored, measured and converted into an electronic representation of the pattern of light reaching the Image sensor. 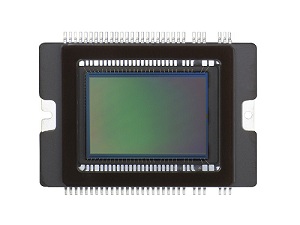 Examples of image sensors used in visible and near infrared photography :

Both CCD and CMOS as image sensor has some negative points and none of these are perfect when compared to a physical traditional film.

This Article Has Been Shared 184 Times!