CPU Bursting in Cloud Computing is one of the great feature by which a system intense application or a web server can really scale up to serve the purpose. If you are relatively newer to technical terminologies, some articles will be helpful for you to understand CPU Bursting. First is What is Cloud Computing, second is a basic article on Processor and the third one is more related to CPU Bursting, its about Multi Core Processors.

What is this CPU Bursting in Cloud Computing

The length of CPU bursting and CPU Time are used to determine preferred way to run a calculation. CPU Bursting is an inherited feature of Cloud Computing because CPU Bursting is needed to scale as per need.

Since the length of future CPU bursting is not known, one can observe CPU Bursting in a retrospective manner.

CPU Burst is estimated by :

where the variable ? is variable derived from of past measurements.

For understanding CPU Bursting, you can look at this diagram saying about basic knowledge : 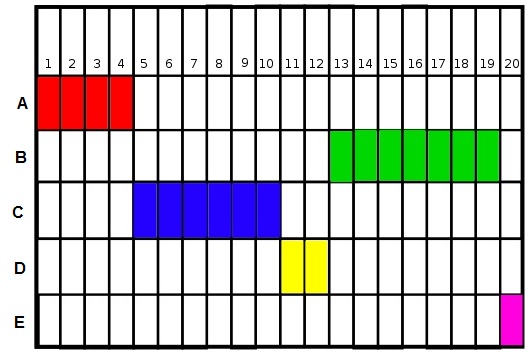 There are five colors and columns are representing processes and working processors. In this way, a process can use the CPU several times before completing the job.

So the ultimate result of CPU Bursting in Cloud Computing is becoming that a Cloud Server being able to compute intensive tasks if suddenly there is a hike in CPU consumption. Quite obviously, to integrate this elasticity programing is needed in UNIX.

This Article Has Been Shared 904 Times!