Best Music Player Apps for Android lists some great Music Players for Android Device. This is reloaded version as previously long ago we published another list. Some songs, music become immortal with time, they can a symbol of protest, rejoice and celebration.

This list of Best Music Player Apps for Android has been created after installing the Apps on Sony Xperiaâ„¢ S  with Sennheiser PX 360 Headphone with industry’s standard sound soundproof room with some function of noise cancellation. Because, I went to Department of Experimental Surgery and discovered a high end solitary room intended for Department of Otolaryngology !

Although we kept the option Premium or Free as an option in this post on Best Music Player Apps for Android, we are thinking to exclude it the future posts.

Simply copy the named of the App in this list of Best Music Player Apps for Android and search it in Google Play. 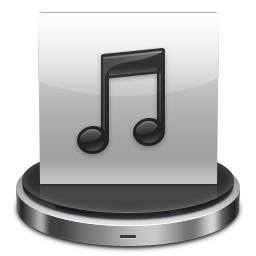 MixZing Media Player : MixZing is simply one of the most advanced media player, it can identify music tags and supports lyrics of various songs.

Winamp and Winamp Pro : Play, manage and sync music from your Mac or PC to your Android device. Evergreen name in the history of Music Players.

Equalizer :  It is not a Music Player itself, but improves your phone or tablet’s sound quality with the global Equalizer app.

RealPlayer® :  The popular media player for music, video and photos is now for Android.

Rocket Music Player : Audiophiles will get amused with advanced functions.

doubleTwist Player : As said by all, its iTunes alternative.
We hope the Apps on this list on Best Music Player Apps for Android will be helpful for you.

This Article Has Been Shared 270 Times!