Git is a free software for distributed version control of files which originally developed for source code management of the Linux kernel and slowly extended to cover other Open Source Software distribution including serverside softwares. We wrote many guides which uses the Git Bash. For example, for Deploying a Facebook App With Heroku Cloud we used git bash.

Git is a slang. Through a license amendment to the previously used proprietary BitKeeper system, Linux kernel developers could not use this git for free of charge and therefore had not any access to many developers. Linus Torvalds in April 2005 with the development of a new source code management software introduced git.

Requirements of git was initially set for support for distributed, BitKeeper-like workflow with high level of security against malicious injection and high efficiency.

An existing project called Monotone corresponded to the first two requirements [3] However, the third criterion was not met by any existing system.
Torvalds argued that some revisions to import from another developer in own development branch would lead messy repositories. In contrast, when whole branches are always imported, developers would be forced to clean up. This idea made Git solid. 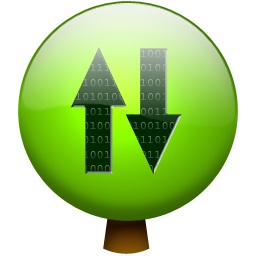 Non-linear evolution : Both the creation of new development branches (branching) and merging of two or more branches are an integral part of working with Git, permanently installed in the Git tools and of very high performance.

No central server : Each user has a local copy of the entire Git repository, including the version history. Thus, the majority of actions will be performed locally without network access.

Normal download can be done from Web Interface but except few, deployment from Git always requires the Command Line Interface (CLI) which makes Windows users the task difficult as many normal UNIX commands can not be used on Windows Git Client Software / Git Bash.

GitHub is probably the most known Git repo. However, there are other Git supporting websites.

Tagged With WHAT IS GIT system in orthopedic

Articles Related to Git : What is this Git ?