Mind is capable to do functions, among which a computer can not do all right now, human nature is to gather knowledge, to make us living from cave to a modern apartment. Just think for a moment, what differentiated that great great great grandfather caveman and you, we do not know whether he was a common relative of you and me. So, scientists, philosophers, spiritual persons tried to define mind, developed Theory of Mind and yes, we have been able to relate mind with computing, with Artificial Intelligence we have successful to emulate some functions a human mind. The philosophical and to some extent spiritual thoughts came closer to computing because of a specific field – Cognitive Science.

What is in your Mind ?

Theory of mind  defines higher state of the intelligence that includes beliefs, desires, pretending etc. Mind Uploading has remained hypothesis still now. We use the phrase “what is in one’s mind” is a bit ambiguous because it assumes many big factors, rather wrongly. Theory of Mind defines the ability to make an assumption about conscious processes in other peoples and to recognize in own feelings, needs, ideas, to suspect intentions, expectations and opinions. When these got problematic – we say label the person as a mental patient – Schizophrenia is just a small example of such condition. Medical Science is not a any paranormal field. Its a pure applied science. We can treat it. When we can treat there is logic. When there is logic, there is science, where is science we can reverse it and reproduce externally. The easiest way for now to emulate is to use a computer’s program, robots etc. Take the example, we can make a robot to make certain gesture that reflects what mind does – expressions. But the progress is not reached that level so that we can do mind uploading. We can barely make a robot smile without 100% probability to evoke the response. If you make a joke, I might not laugh at that time. Because I have a mind, may be the joke was not important to me at that moment.

Education is a measurable unit of Knowledge but Knowledge has no measurements. Philosophy is the mother of all sciences. Doctor of Philosophy (D.Phil.) is an academic label, the word Philosophy is used because of the history of origin of Sciences. For teaching purpose, teaching means making people educated with some intention to make the mind knowledgeable and tamed. The people who creates the syllabus are of very higher thoughts. No country will never change a syllabus to such a extent that the whole process becomes the reverse. The syllabus, subjects are arbitrary division of providing logical knowledge in an easy way as we have to take an ideal mind (of a student). This explains why there are resemblance of topics among Physics and Chemistry. 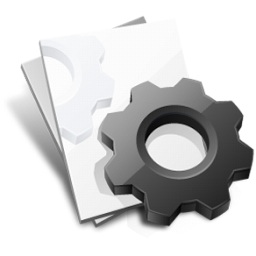 Animals also has intelligence. Practically scientists started working with basics – Ant Colony Optimization –  our collective behavior, which was difficult to isolate to study has been made easier to work later. What an Ant or a Bacteria has in Mind is not taken, the basics needed to be studied to start a methodical way to understand Mind.

Examples of Presence and Working Principle of Mind

There is an typical example given by an important person (I am avoiding the topic deliberately) :

If Peter wants to eat ice cream and believes that ice cream in the fridge and it is actually able to ice in the refrigerator, then we predict what will he do without even thinking about what he believes. But when he mistakenly believes that there is no ice there, although actually there is in the refrigerator, then we must consider his false faith to come to the right predictions about his behavior.

But if Peter have a problem – he checks whether there is ice cream in the refrigerator and the checking reaches an abnormal count – take that he is checking it every 10 minutes. His mind is understanding its not right, he is admitting to his Psychiatrist that he can not control his mind – the problem is of less altitude because Peter understands he can not control his mind. There are many terminologies for defining it. Peter will not check  ice cream in the refrigerator after receiving treatment and will think later – it was really pathetic.

The problem is, not in all condition we can reverse it. When an abnormality develops due to Force majeure, take that an accident – might not be able to reverse the Mind to the proper position. That one of the reason we want to understand the mind, in a humane way, may be we can backup it and restore it in very crude and easy words.

Many projects working with Mind, revealed so many things those are socially not acceptable, the scientists basically stopped and went to think in another way. The person who is trying to discover, also has a mind and that is a big problem.

I am ending it earlier to make it shorter, Ethics and Moral value are also components of mind and unfortunately they can be controlled like Anger, Rage, Fear etc. This is an ethical problem itself – taking these Ethics and Moral value as part of mind can be altered is not very acceptable and more unacceptable is, if we can read others mind as we are still barely in the second generation of health science.

Articles Related to Mind, Theory of Mind and Computing