Advertisement
You are here: Home » Server Hardware and Software : What Makes a Computer a Server
Advertisement

Server Hardware and Software itself makes a Computer a Server. When there is question of networking to pull data from one main computer it becomes a server. In our previous article, What is a server, we wrote the basics of a server and in various articles we wrote about specific kind of server machines like Blade Server, Rack Server etc. But it is probably a big question that why we need these special Server Hardware that costs a huge but apparently has not much difference in configuration than your desktop.

As from the above linked articles, one thing will be very clear to the reader, the specifically designed Server Hardware has some extra design factors. But for an small office or home setup, this not basically not a factor as they do not need to run 24×7. When the need is for all time up, specific server hardware are required for some reasons those are basically most related to simple laws of Physics not computing really.

When the first server have been implemented, the computer on which it was set, were designated as the host.  At that time hosts were almost exclusively special powerful computers (mainframes). With the increasing power of standard computers, certain server services are also provided by ordinary machines and thus came into the light of the broader public. This is true not for the Server Hardware part but the computer that run the server software. Therefore, the expanded name of the server is not dependable to Server Hardware but to the Server Software. This conceptualization has been adopted in an advertisement for computer hardware and specialized magazines. This ambiguity of Server Hardware is present in some cases leading to confusion, as the name server is used frequently in a form of  layman’s term especially its difficult to say whether that is a server due to Server Hardware or Server Software. 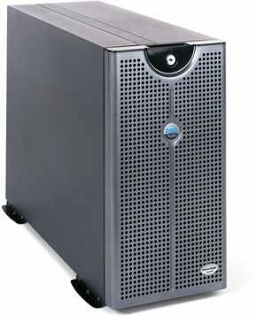 A laptop if not specified is not designed to run 24×7 irrespective of operating system.

Designation of  Server Hardware and Software

As we said before, there is a clean difference between Server Operating System and Desktop Operating System.  Apart from that, some extra Server side software are required for running specific work. Like we use Apache on Linux when the server is used for hosting purpose.

The server is ready to respond at any time to contact a client. The rules of communication (format, calls and exchanged data between server and client) is called Protocol and are all set for a service. It has become common to attribute these abilities that are normally provided by the Server Hardware. Among the Server Hardware, the changeable attributes or variables are dependent on the specific usage of the Server.

Articles Related to Server Hardware and Software : What Makes a Computer a Server