Cloud Storage Gateway translates our conventional standards to access to storage devices such as iSCSI, CIFS, NFS which are commonly used in cloud environments with API such as REST, SOAP. A cloud storage gateway is typically a network appliance or virtual appliance or a dedicated server and translates cloud storage APIs such as REST (Representational State Transfer) and SOAP (Simple Object Access Protocol, XML, HTTP, TCP) for the traditional storage systems using block-based protocols such as iSCSI or Fibre Channel and NFS, CIFS for file requests. All the terminologies used within this article on Cloud Storage Gateway has been discussed within this website, suggested reading for easy understanding will be the article explaining Cloud Storage and another article on API.

We know what is meant by terms such as Direct Access Storage, Storage Area Network or Network Attached Storage or all forms of networked storage. The Cloud Storage is obviously an archive of memory connected to a cloud platform, but when, where, how and why we need a gateway for storage in the cloud ?

Imagine a four-level IT stack, or Application, Middleware, Server and Storage, associated with the three classic levels of service, or SaaS (application), PaaS (middleware) and IaaS (servers and storage). Not all of these types of service require storage gateway. We affirm for example, that a company decides to go in the direction of SaaS and put everything in the cloud. In this scenario only the use of some access devices such as smartphones, tablets, and personal computers will be required to enter the cloud and nothing else. The traditional data center becomes obsolete and the data center of the cloud provider is the new data center, complete with servers, storage, applications. If we separate them between servers and storage in separate boxes, we will be faced with a scenario in which certain storage will remain in the traditional data center and the rest will be moved to the cloud via cloud storage gateways. Use this combination of on-premise and cloud IT is called a hybrid cloud and is the configuration in which it is likely to encounter a cloud gateway. 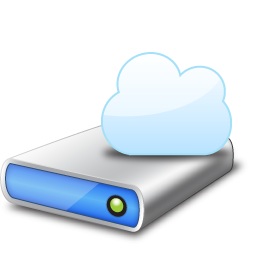 The basic function of this gateway is to translate our standards of access to storage such as iSCSI and CIFS / NFS APIs commonly used in cloud environments, such as REST, SOAP. Typically a Cloud Storage Gateway should be able to perform the data transfer between the data center and the cloud in a more efficient way reducing the exchange of protocol messages and using certain types of data reduction technology. It is of no surprise that some Cloud Storage Gateway providers have a good background in optimizing WAN. To address the security issues also this Cloud Storage Gateway must also incorporate into them encryption capabilities for data to be sent.

Cloud Storage Gateway may also be designed as an option for disaster recovery in which the stored data are stored both in an internal structure of that storage in the cloud and can be used accordingly as a good backup tool. In this case, you may want a dedicated Cloud Storage Gateway, which helps to decouple the operational data from backed up data, which explains the spread of a new category of gateway dedicated for backup. This is the reason why we can not upload a file to Rackspace Cloud Files without using the API.

The problem is that when there is a disaster or an accident, which leads to loss of internal data, data loss can be physical. Even in this case there is a solution and that is to create a remote virtualized Cloud Storage Gateway. We can create a virtual machine and put it in a hypervisor in the cloud, a solution that does not reward the speed, but it takes care for  the event of accidents and loss of data. Even in the case in which a Cloud Storage Gateway might not be available as a virtual appliance, the data in the cloud should be accessible natively without using a Cloud Storage Gateway for this setup.