It is quite important to understand how the processor of a computer works. There can not be any special build fast processor for a supercomputer, that is why all the supercomputers are parallel computers . A parallel processor is a computer, in the operations simultaneously on multiple CPUs will be distributed in order to increase the operating speed. For the optimal use of a super computer programming must therefore be matched as closely as possible to the individual, parallel processors. Originally, the outstanding performance was achieved by maximizing the utilization of available technology, the number of processors was more moderate. The major problem of adding numerous processors is huge electricity consumption and resultant heat. ISRO and Indian Institute of Science, India is in the way to develop the fastest supercomputer which can perform at 132.8 exaflops. SAGA-220 is also by ISRO, performing at 220000 220 TFlops. It actually uses ~400 NVIDIA Tesla 2070 GPUs and 400 Intel Quad Core Xeon CPUs. This will give you the real image of supercomputer.

Features of a Supercomputer 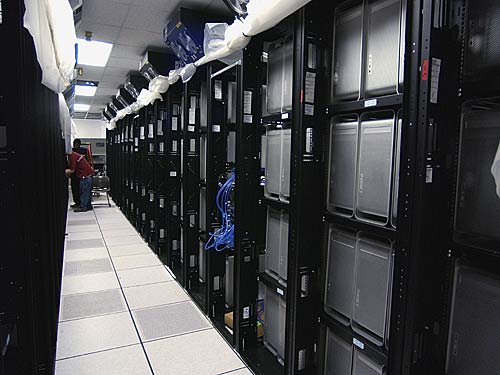 A supercomputer has processing speed of billions of floating point instructions per second, can handle up thousands of users in large network environment, require special facilities for air conditioning industry. It is very important in the field of research, as it provides high-speed calculations processing, for example, can calculate the human genome sequence with a very low margin of error and they can cost up to tens of millions of dollars for each.

Supercomputers are used to address complex problems or can not be performed well in the physical world, either because they are dangerous, involving things incredibly small or incredibly large. Using supercomputers, the researchers modeled the climate of past and present and can predict of far future climate. Astronomers and space scientists use supercomputers. Most common usage of supercomputer is in military and higher health researches.