For Windows PC, you will need to install the proper packages for emulation for using Facebook From Command Line Interface. If you follow this guide (and the links inside) Colored Text with Syntax Highlighting Translucent Console for Windows, you will be able to use Windows PC in UNIX Like way. For Apple Mac with OS X 10.8, you will need to fix the ‘normal’ terminal setup, we are using iTerm2 on OS X 10.8 like we wrote in this guide.

For Linux there is no need to do anything except if you want to customize the look. Basically we will need CLI version of php5 and curl running.

If you do not have PHP5 and curl installed, install it. With which command actually you can check the situation :

Basically the repository needed for  using Facebook From Command Line Interface is here :

You can check the version of PHP by this command :

If you follow our previous guides, iTerm2 will give no pain : 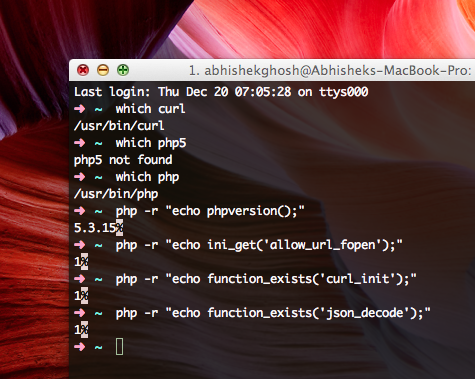 wget it or curl the needed php file :

or curl if you do not have wget installed (for Mac users, curl will always be there, you can add wget if you want) : 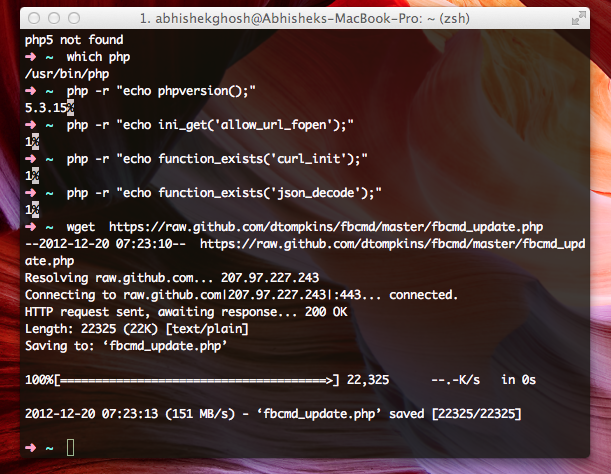 You will get a beautiful (in terms of CLI !) screen and execute it : 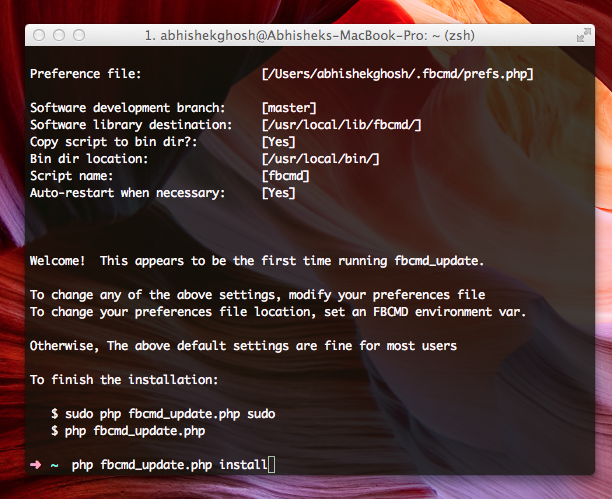 These are initial tests to check :

Mac OS X will try to add a dot. Do not allow. Type n and hit Enter.
Go to this webpage while signed in on Facebook :

Go to this page to generate the Authorization code :

Change Your_Code to real and run :

You can now start using Facebook From Command Line Interface. All commands are here :