We are unable to find any suitable descriptive title other than Colored Text with Syntax Highlighting Translucent Console . To understand the usages (not the look), you can check two articles :

One is a list of Command Prompt Alternative for Windows PC, because that default one is so much beautiful, eyes get blind with its beuty after working for works like the Second example article which is a guide on Installing WordPress on Windows PC using WAMP, where we have used Windows Command Prompt almost like UNIX bash. On the other hand the default ‘text editor’ notepad is so minimalistic that ultimately Gedit needs to be installed.

Many things on Syntax Highlighting  said here. To start with this article, you need to install some free GNU GPL softwares (you will get links on the linked articles within this article, if you can not find, use the search function on this webpage). These softwares are :

Probably a preview is needed ! Here is the final thing : 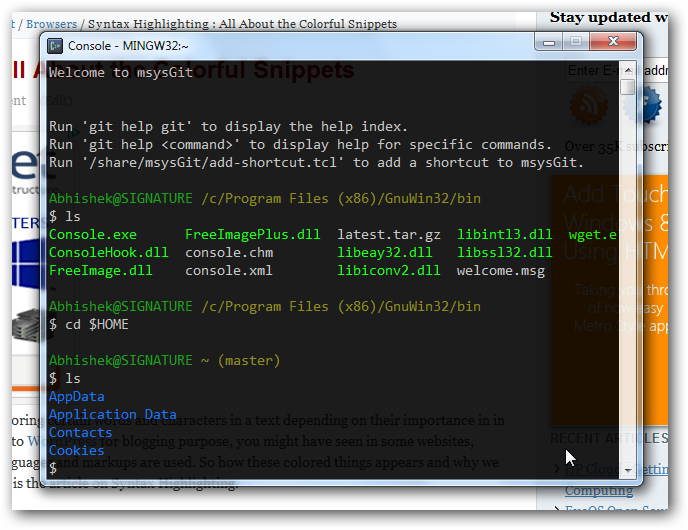 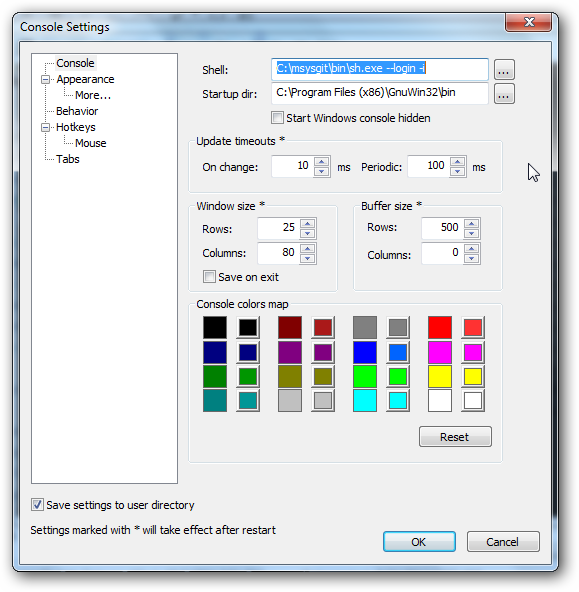 Change the Shell and Startup in that way. Some of the graphical parts are done from more options from the above settings window like changing the transparency with alpha layer, changing the cursor, its color, changing the font. Do not change the Fonts color. It has a bug, if you change it, the next steps will not work. Go this this GitHub Repo :

Copy and change the code as per instruction. One important thing is, change the File permission to read only of the console.xml file. By the way, to edit all files mentioned here, use Gedit for Windows. Do not use Notepad++ : 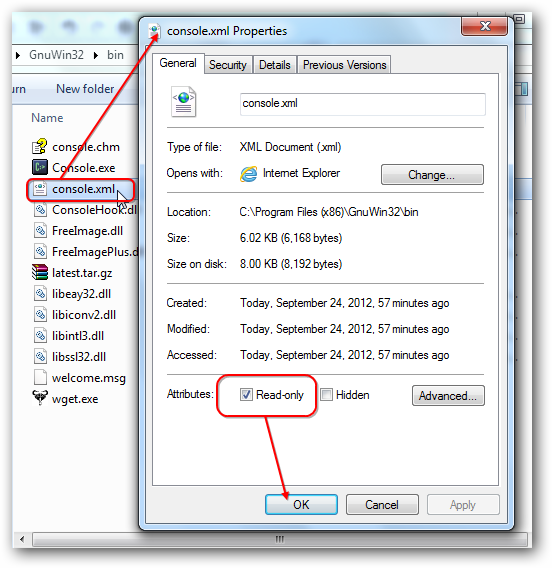 This is quite difficult part as it needs good knowledge about UNIX. Open the file named bash_profile from the etc folder : 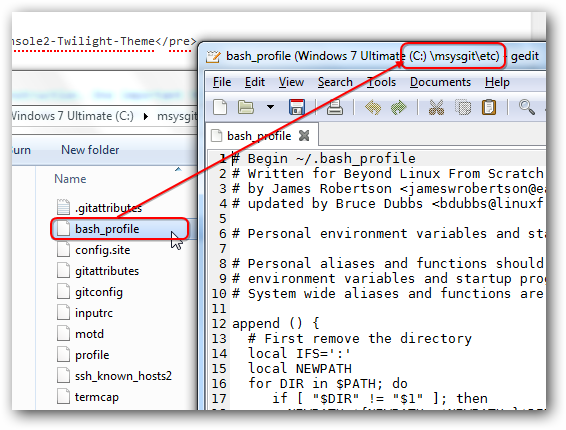 You will find lot of info here :

This is the file which will override all the settings of syntax highlighting and others. At bash type and enter these commands one by one :

Change the path of MySQL for your setup. With  gvim .bash_profile command Vim text editor with GUI (of 20 years back) will open. If you use vi then it will open the command line tool.

This Article Has Been Shared 333 Times!