Advertisement
You are here: Home » Install Your Own Git Repository With Web Interface On Your Server
Advertisement

Install Your Own Git Repository With Web Interface On Your Server : Things Behind

Everything has a history. This Basic Guide to Install Your Own Git Repository With Web Interface On Your Server also has history. Our need to seek Git Repository With Web Interface software was for our bigger project (which regular users are quite well aware) Free Health Foundation. We needed something for version control for hosting thousands of projects of others on our bare metal. The practically good looking thing was the paid software behind Github :

Install Your Own Git Repository With Web Interface On Your Server : Softwares and Free Ways to Use

These two softwares, which basically you can use to Install Your Own Git Repository With Web Interface On Your Server are :

GitLab runs on Rails and Gitolite. This is Free and distributed under the MIT License. Minor glitch that it is not GNU GPL probably will not hamper the most.

The second one is :

Gitlist is written in Perl and backed by Catalyst web framework. You need to know a bit more because there are many things needs to be known.
For now, GitLab is the best solution and they themselves has a great guide :

Now the thing is that, you can definitely use your Install Your Own Git Repository With Web Interface On Your Server, you will need to pay for SSL too. But if this hosting and SSL becomes free, at least for a small team ?

Exactly that can be done with our beloved Heroku Cloud. If you signup from Facebook as App, you will get SSL free too. The parent is Salesforce.com, they are quite aware that Debian Plus Rails plus nginx will actually cover a big number of needs. 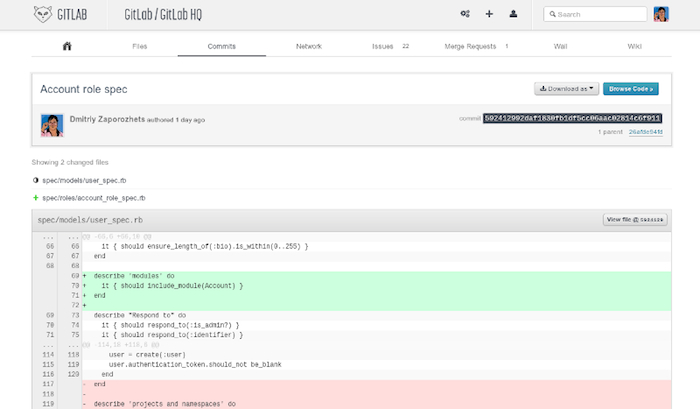 It is funny that you basically have to use Heroku’s Git to deploy your self hosted Git. But the setup needs to be configured like we said for Advanced Commands for Perfect Setup for Heroku in case of LAMP setup (basically it is becoming LAMP in that case).

More funny is, if you use SCM-Manager :

So what Github asked for $5000+ became zero or if use Rackspace Cloud Files with it – $12 per year. All with SSL and cost of the server.

Cite this article as: Abhishek Ghosh, "Install Your Own Git Repository With Web Interface On Your Server," in The Customize Windows, January 11, 2013, February 1, 2023, https://thecustomizewindows.com/2013/01/install-your-own-git-repository-with-web-interface-on-your-server/.
Source:The Customize Windows, JiMA.in