Cloud Computing and Ubuntu both historically are being criticized by Richard Stallman not once but many a times. Why Father of Free Software Movement is against ? There are definite reasons behind his thoughtful way of sayings. Richard Stallman is person who has deep knowledge on Core Computing, Software development and Artificial Intelligence. The way today we are using the Free Softwares and Free Software License is his endless crusade to do better for the mankind.

Cloud Computing and Ubuntu : Why the Question Suddenly Came ? 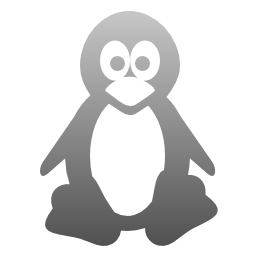 For this website no one will donate the huge running cost. We have to earn through Google Ads. Notably, we do not use any affiliate link. To run a website one need to pay for webhosting, SEO, technical persons and other people’s professional work. Add the cost of running AdWords to it.

Second set of points are; many times I have made the users / readers aware of the dangerous points; be it via Secure Cloud Computing Guide, Confusing Promises in Private Cloud Services, False Appearance of Cloud or direct fire against Amazon. Moreover, if I do not show my skills and knowledge on the first place, no one will accept my personal view against them. To say against, one needs to know each and every point, quoting rms – “This is just like the first surveillance practice I learned about in Windows.”

Just like an user will not donate even one dollar for a useful guide which will help in running this website and other fully ad free websites; I do have doubt whether for Free Health Foundation people’s donation will initially reach even to three digit figure. So, the money earned from this website actually is the building block for Free Health Foundation too. Thee question has been raised about my view on Cloud Computing and Ubuntu by an organization, from whom we expected funding. Free Health Foundation is a project which requires funding. It is not about only software – it is about developing hardwares without much profit or even no profit.

“One reason you should not use web applications to do your computing is that you lose control, It’s just as bad as using a proprietary program. Do your own computing on your own computer with your copy of a freedom-respecting program. If you use a proprietary program or somebody else’s web server, you’re defenceless. You’re putty in the hands of whoever developed that software.”

We actually said all the points through various articles, in fact more – the legal points, the licensing points, the points on security, on SLA and pricing. I personally think, one who can not pay a dime; for example a student, free PaaS like Heroku Cloud or App Fog does have the advantage of being free.

Now regarding Ubuntu, possibly this video is a good representation of Richard Stallman’s view on Ubuntu :

Users probably are aware of Linux as a whole and the distributions of Linux.