Recent few announcements for changing few policies of Google AdSense, inclining towards the publishers clearly indicating – their expected trend of revenue can rise more from Publishers’ source than from Search Engine itself. The selection process of ‘good authors’ actually started in different way via Google Plus. Google Affiliate Network (GAN) was a kind of glitch that Google neither can engulf, nor was able to cough out – it was Google who bought Google Affiliate Network under its former name Doubleclick Performics, just in 2008. The product immediately were split in to two parts – Google Affiliate Network and Doubleclick. Doubleclick itself got two clear divisions, the logins are fully different for two units.

A medium to bigger publisher gradually becomes an advertiser, sometimes get rid off Google AdSense. Google AdSense, still date is a risky business for a publisher. Again without publishers, there will be good loss in their profit. Publishers’ content is their another way to earn. The official reason sounds mechanical – “To that end, we™ve made the difficult decision to retire Google Affiliate Network and focus on other products that are driving great results for clients.”

Google Retires Google Affiliate Network For a Deeper Reason : One Click Must Have a Cost and Monitored 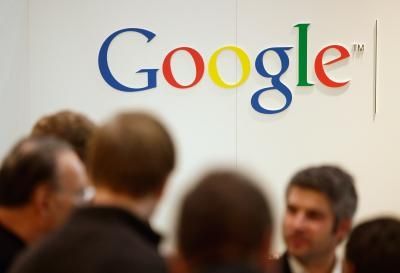 What is the actual model of Google Affiliate Network or any Affiliate Network ? Place one Advertiser’s Ad – if the visitor performs a desired action; the advertiser will be charged and the publisher who is placing the Ad will earn money.

One Click Makes Money for AdWords. Why to promote an alternative system that can increase the clicks towards the website but no charge is actually made or if made its less. It is a solid loss for both the Publishers group through AdSense and directly via AdWords. Most importantly, the way to make the automated bidding in AdWords becomes handicap. As we said at the beginning – recently Google has ‘discovered’ that the Publishers are the key to their business. Google’s work is to convert a portion of the Publishers to Advertisers too. Google’s main profit is from Advertising.

You think Google do not care about you just because you are an medium sized publisher ? Put 2 units of Ads instead of 3 on one page – AdSense will give you alerts to increase your revenue by placing one more unit. Mobile users are increasing, except the last quarter, it was a headache for Google Inc. As an advertiser most of us, uncheck the mobile Ads option in AdWords – Google knows their only way to survive for the next 25 years is to get more control over Advertising networks. By demoting their own business Google basically demoted and red flagged Affiliate Network business. Note the recent changes :

Google Inc. basically wants to run a fair business, otherwise it was not possible to rank #1 with a keyword in Google search, organically. Google Inc. did a very positive step by retiring Google Affiliate Network (GAN) from business point of view.