Until very recently, the immersion of individuals in a virtual world has often been regarded as dangerous or harmful if it relies on numerous speeches and scientific studies on the potential effects of certain video games on the personality. They would bring a phenomenon of identification to replicate in the real violent or unhealthy behaviors.
In contrast, the world’s scientific and medical science itself has taken advantage of the confusion between real and virtual world that is capable of inducing an advanced computer system, in therapeutic purposes. Therapeutic adjective is taken in a broad sense, i.e. anything that can help the patient to cure or diagnose whatsoever, directly or indirectly. We wrote about few important quite closely related topics – Augmented Reality, Sixth Sense Project, Cyborg and there are actually more like Blue Brain Project and Whole Brain Simulation.

The goal of Virtual therapy in this short study is to exorcise the problems of the patient, helping to gradually tame the anxiety-producing situation. Getting used to the confrontation with the object of his fears, the patient is desensitized.

Virtual reality was not initially intended to be used for therapeutic purposes. The HMD helmet to view the 3D scene was created in 1968, and gloves DataGlove, equipped with sensors, they were invented in 1977. Between these two dates, the helmet was mainly used for artistic purposes. It was only in the 1980s that the equipment began to be used by NASA as a tool for training and by the military to simulate respectively driving shuttles, tanks and helicopters. Therefore, and especially from the early 1990s, the field of possible applications has gradually expanded to the medical treatment. For the patient to be evaluated under a Virtual Reality setup, the examiner must be equipped with a HMD helmet, headphones, gloves DataGlove and possibly a dynamic seat or handles. Often sensors are added to determine the position in 3D space and the attitude of any other physically measurable parameter (brain activity, heart rate, reflex amplitude of a gesture).

The patient becomes an actor in a 3D virtual world that evolves according to their body movements. TRV (Virtual Reality Therapy) is part of cognitive behavioral psychotherapy (CBT). The latter is based on experience and this in order to understand and change the psychological disorders. The patient is encouraged to become aware of their negative beliefs with the help of the therapist. Among the CBT, exposure therapy is to confront the fears gradually adopt to a new behavior. Traditionally, the patient must be mentally recreate any imagination from reality, the object of phobia. The TRV is a particular form of exposure therapy. The recreation is a new form: virtually, that is to say through an immersive world in three dimensions. 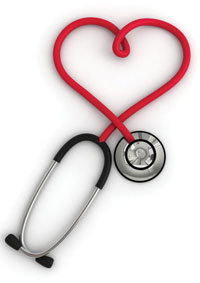 The advantages of this type of virtual therapy are numerous. It is not necessary to move the patient to the location of the phobia as is the case for traditional therapies, which saves time and money. Indeed, despite the high purchase cost of equipment the setup can quickly be profitable because it is a long term investment.

For example, the treatment of fear of flying. During a traditional therapy, the patient is accompanied by the therapist for several flights. This is particularly expensive and time consuming for both the patient and the therapist plus has risks. In case of a virtual therapy, setup once purchased by the therapist, there is no more subsequent expenditure and the therapy can be delivered at the same place at a time given. According to studies, recently, the results obtained using the TRV are similar to those of traditional therapies.

Younger patients and patients refractory to conventional therapies, are very receptive to this type of therapy that may seem more fun and less stigmatizing. The patient, in the context of privacy, does not feel to be judged by people outside the therapist as may be the case with in public places exposure.

It also feels reassured by the fact that there is no risk during the session, as it is exposed to virtual dangers. In addition, the therapy takes place gradually, each program is scalable. The therapist can and maintain control over the conduct of meetings and varying factors independently through the keyboard. It can also, in some difficult cases, stop in the moment of exposure to stress.

Areas are under development:

Note : This is a part of my own individual paper and must not be copied by any means.

This Article Has Been Shared 688 Times!