Advertisement
You are here: Home » Installing WordPress With NGINX on Debian on Rackspace Cloud Server
Advertisement

Those who are fully new, please install and play either with a mock setup or with VirtualBox on your Mac or PC. Even if you are using Debian OS on PC, do not directly do the trial and errors. May be, you are actually shifting WordPress from Apache to nginx Web Server. May be, you are going to install WordPress with PostgreSQL. Actually we have discussed before on how to install nginx on Rackspace Cloud Server with Centmin Mod Nginx Auto Installer easily. There was another guide on installing Nginx with PHP5, MySQL on Rackspace Cloud Server.

With time, we need to update the guides as the packages changes, Rackspace specially upgrades their available services.

To import the MySQL dump, in case you are shifting, you can run rsync to sync between the two servers. We however is describing the steps in this guide for installing WordPress with NGINX on Debian on Rackspace Cloud Server for a fresh copy, not transfer case.

We will suggest to create an user :

You will SSH with user account and do the works. This is safer method. Actually you can toggle permission to limit access :

In this way, you can use su - to run commands with privilege only with password. UFW (Uncomplicated Firewall) is very nice to setup Firewall with few commands :

This is basic setup. It is, probably safe to harden nginx from this Gist. As everyone knows, we need to add backports/dot deb on Debian for getting updated nginx packages :

The echo method is better than editing /etc/apt/sources.list.d file. Kevin Carter (Rackspace) initially wrote it and an user named Nick fixed it. It is quite good idea to use echo like we do on OS X. For this kind of efficiency, honestly we suggest for managed Rackspace. Understand it – to fix your broken bone, it will take 10 minutes for me but fixing server stuff will demand 30 minutes. Despite I am using UNIX for ~20 years, even before I entered Medical School. Regular exposure makes someone better in prototype work. What so ever, install nginx :

Another gist is here to check the basic configuration. 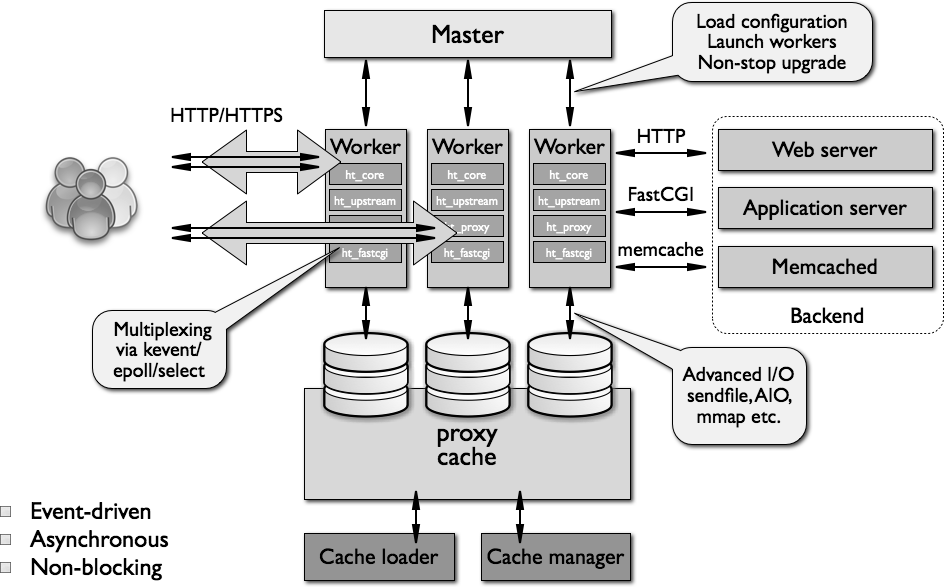 That file, at minimum should have this prototype configuration.

You must edit your Domain™s DNS records and point the A records to your server™s IP address to make it working. After propagation, browser can open the sites / contents located at var/www/domain/httpdocs.

We need to install MySQL and other stuffs :

We need now to create our WordPress vhost config, in example case it is /etc/nginx/sites-available/sitename ” and edit as we described above as you can host multiple websites. Now create a database :

Depending on number of sites, location will vary, go to :

For W3 Super Cache, we need to install Varnish :

Polishing varnish is important! But we will not go in to details here, just the minimum :

After saving, exit and edit this file :

We will polish varnish, apc; but that is another longer story. This is the minimum setup for WordPress with NGNIX.