SRV record is a category of data in DNS, designed to indicate what services are available like SIP, XMPP. SRV Record is defined in RFC 2782. Now, with wider usage of Cloud DNS, DNS with Geographical Redundancy and many new protocols for newer web services, newer entries are also checked even by the basic DNS checking tools. SRV records allow specific services, such as VOIP or IM, to be be directed to a separate location. Session Initiation Protocol or SIP, for example is related to IP Telephony. If any DNS testing tool is showing hazard symbol against your blank SRV Record – clearly know, this record, usually is not required for functioning of a plain website. This is an informative article on SRV Record, it actually offers no step for troubleshooting.

In addition to the newer Networking Protocols, customer implementations of older protocols such as LDAP , SMTP can also be adding support for SRV records. For example, these are normal, quite optimized result for reverse DNS :

No SRV Record is showing up there. You can see a result here : 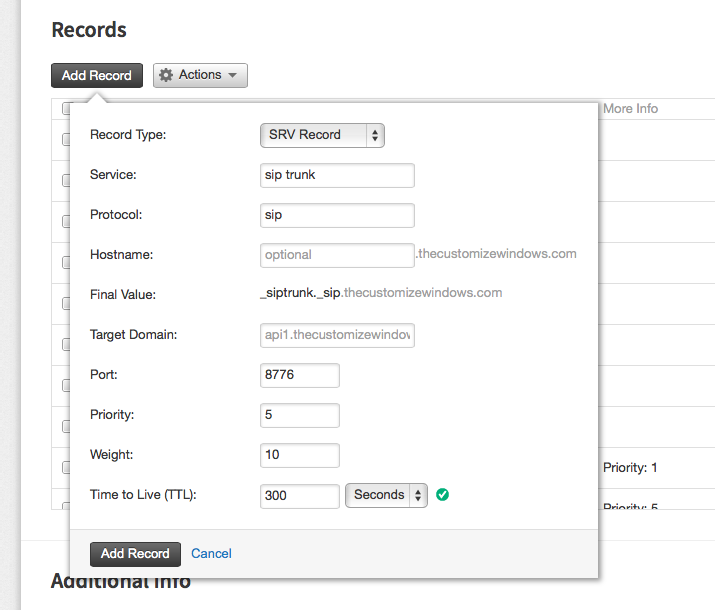 Customers start by using the SRV record with the lowest priority and fall back on other records only when the connection fails. Thus, a service may have a server designated as the backup server, which is only used in case of failure of the primary server: it suffices to insert a SRV record with a higher priority to the primary server. This is important for Social Networking Services which uses Chat service like Facebook.

SRV record is commonly used for :

For example, you can add chat service (for Google Apps) :

This Article Has Been Shared 146 Times!