As we know, Virtualization software brings  the ability to simulate any hardware platform, storage device or network resource. Basically all the functionality is isolated from the hardware and simulated as if it is real, they are œvirtual instance”. As a result, a virtualized solutions are typically much more portable, scalable and cost-effective solution than a traditional hardware-based solution. Basically this why we can use virtual server at lesser cost, Cloud Computing adds more to simple virtualization. By using network virtualization solutions, we can deploy and manage network resources as logical services, rather than physical resources. So, in turn :

Cisco has hardware products like Catalyst 6500Series, they can adopt the LAN Virtualization framework to improve efficiency and save the cost even if technical requirements increase. We talked about Virtual Appliance, Vyatta has such Network Appliance – we wrote about before. Network Virtualization runs on high-performance x86 servers. The target is to allow the users to move VMs independently from their existing infrastructure – actually a step up from Infrastructure as a Service and one step lower than Software Defined Data Center (SDDC). 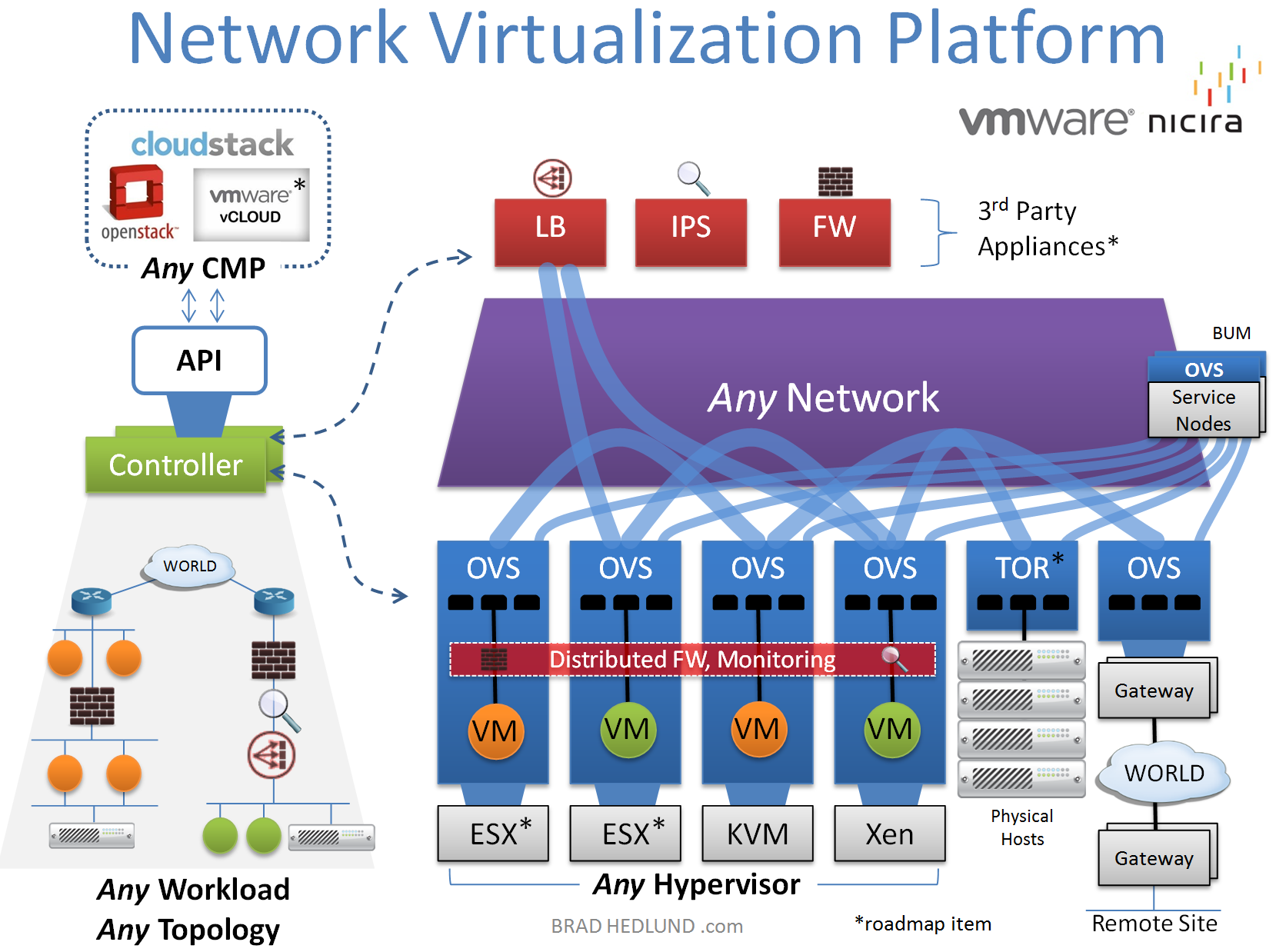 You will notice that, in many websites practical example example is not provided, Network Appliance is actually served as a service by Rackspace. They and others have other different Virtualized Services Platform (VSP). Vyatta have built a Virtual Network Stack combining Vyatta’s routing, firewall and IPsec VPN functionality with Citrix Netscaler load balancer, Branch Repeater WAN optimization and Access Gateway SSL VPN. The vNetworkStack project is defining entire virtualized network architectures for branch offices, data centers and cloud computing environments.

This Article Has Been Shared 373 Times!

Articles Related to What is Network Virtualization?