Here is a hard OS X Yosemite Review pointing the importance of Steve Jobs absence. Apple forgot the premium clients using Mac Pro and MacBook Pro – it ranges from a serious professional blog owner to some country’s Military force. Omit the importance of Mac in the Filmmaking, Designing industry. While it is true that, Mobile users and Social Network Users are increasing, but it is a fact – most of the reviewers of the serious, reputed Technology websites ended their review in a typical fashion – “possibly it is not fully for my usage, may be for the iPhone users”. Verge thrown a bigger bomb questioning about the privacy of the new spotlight (Apple responded to it, denying with a bigger statement – “Apple doesn’t retain IP addresses from users’ devices”).

Changing UI significantly, changes productivity. Mac Pro or MacBook Pro is taken as precision device intended for Professional, Powerful usage. “Think Different”, but the person used to think was brought back in February 1997. Apple is not Steve Jobs. The misfortunate person named Steven Paul Jobs, suffered really a huge in his whole life and gave the World not only the excellent ideas but also another brand – Pixar.

Unlike the old India Brands including Tata Group, Bombay Dyeing, Raymond Group and possibly few hundreds which operated since pre 1900, never opened the full control to the others. This “closed source”, “monarchial” model of business, helped them to cross centuries with real growth. Apple is not an old British, Swiss or Indian company. Tata Group is owned by Tata Sons. Never forget these words, if you are a startup. Full control should be via sole ownership and the public, private brands below the parent ownership. American business usually runs in this “directly funded” model.

Steve Jobs came back to Apple to bring the modern success. Apple sucked Steve Job’s life. Disease also sucked his life and ultimately he left this world, quite honorably. Undeniably, kind of officially throwing Apple’s chair was Steve Jobs biggest plus point in his life.

These questions are arising because, Apple Inc. has released an OS, which none in this World except Apple Inc, ever claim as even 99% perfect. None complained about Mavericks so much. It is not Raymond Group. The metal-glass Mac is of Steve Jobs not really of Apple. Mavericks was still carrying the Steve Jobs scent. From the history of failure, Apple is loser when Steve Jobs was not present. One will cite latest design of Mac Pro. Possibly, there are many works and thoughts of Steve Jobs, which still will be used by Apple. 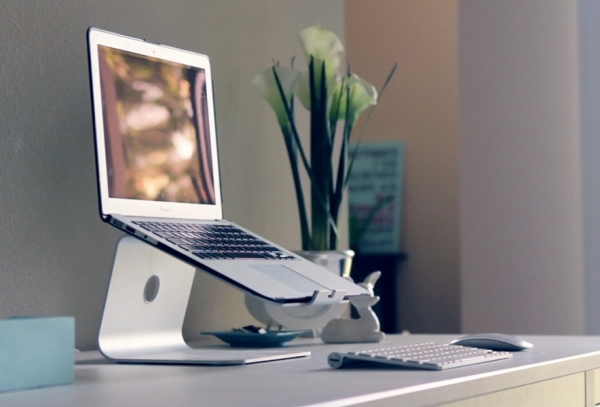 OS X Yosemite has solid coding, there are pros, but cons are never expected from Apple Inc. Unfortunately, after Microsoft invaded the market, most Micro Computer manufacturers shifted to “separate Hardware and Software” philosophy. Apple is the only brand which still continues the computing model. IBM mainframes are huge in size and too much costly, so as HP powerful computers.

Yosemite is not a practical operating system which can be easily used on a Thunderbolt Display with Magic Mouse or Trackpad. The faint icons (inside an App, like poorly crafted thumbs down icon for junk), super sleek font, are not quite practical on devices which are intended to view from minimum 8-10 inches distance. iPhone is held closer to the eyes. Actually there are peculiarities in total icon sets – Pink colored iTunes (it was lately introduced on Mavericks), some old pattern icon (think about Network, busy old yummy cursor icon), suddenly flat dock, not to mention the facts like – the place delete icon was in Mail, is now Achieve. Tweaking demands time. Fonts on 2009 Models seem needs a magnifying lens to view properly. Quite honestly, the default icon sets, new traffic light (may be now can said “traffic spots”) are betraying the good translucent menus.

Only to implement the privacy, one have to work App by App. There™s another security issue. A Swidish hacker with a Swedish discovered a serious security hole in Yosemite that could grant an attacker root access (as wheel group) to a machine.

Apple Inc. has some other marketing target to the iPhone users or may be, something others. Apple Inc, knows it is bad – they knows better, tap on glass surface of trackpad is not exactly gives the feedback like a touch device. The kernel is UNIX, thats why it will do the work as intended. The worst possible idea is the default placement of the address bar in Safari – a solid 2 inch finger drag to bring the cursor to the middle from the left side. Human keeps the cursor towards the left – it is Google who tells this click pattern – F pattern. F’s upper limb is so much extended, it needs finger adjustment.

There should not be a single bug on an OS which is intended for the costly hardware for the highend users. Pros are the points for which the price of Apple Care is higher.

This Article Has Been Shared 948 Times!