When We Say Driverless Car or Autonomous Car, it Means Level 4 of the Classification System. Trying to Automate the Cars Started From 1920. There are more philosophical part present within the phrase – Autonomous Car. First and foremost important concept, right now around Autonomous Car should be the concern of personal data theft as a part of Governmental Spyware Activities. If Uber can steal personal data with simple Apps and a Human, if the softwares for Autonomous Car are not fully Free Software, it can trash the concept in terms of sell in corporate sector. In this article, we are not going towards the Privacy and Security part of Driverless Car or Autonomous Car but are explaining the real basic technologies behind them.

We already pointed towards the philosophy behind the current works around Driverless Car or Autonomous Car – we are reaching an age where computing is defined by the softwares. Software Defined Datacenter is no longer a mere dream. Automation in Cloud Computing, practical deployment of Machine Learning in Data Center Automation is becoming more common and most importantly – reliable.

In 2015, when we are saying about Driverless Car or Autonomous Car – we dream more a normal car with “automated driving” system, we do not dream of a car like an odd sci-fi story. We can easily take it granted that, be it software of hardware; an expert might need full manual control – if you run top command on your UNIX or Linux OS and can not stop it by hitting Q key, it is actually becomes more unusable.

In a separate article, we talked about Cloud Computing in Vehicle Related Communication – converging topics. If you are not aware at what the Standard Car manufacturers are working right now, you must watch this video :

Audi’s official video is not impractical, it is far less than the current situation :

Yes, for the both; you can notice that the way of driving is not exactly the way we usually drive. Do never steer so much degrees and again make the wheels rightly aligned. When we learn driving the cars, we drive in that way! Because, in the learning phase – we try to avoid the collisions. Later, the driving becomes a reflex; that reflex possibly endanger us towards millions of road traffic accidents per year, throughout the globe. No training puts us to face a street accident.

Those who worked with OpenStack Heat, will not get much astonished with the videos. In fact, Audi’s demonstrated App is too basic. 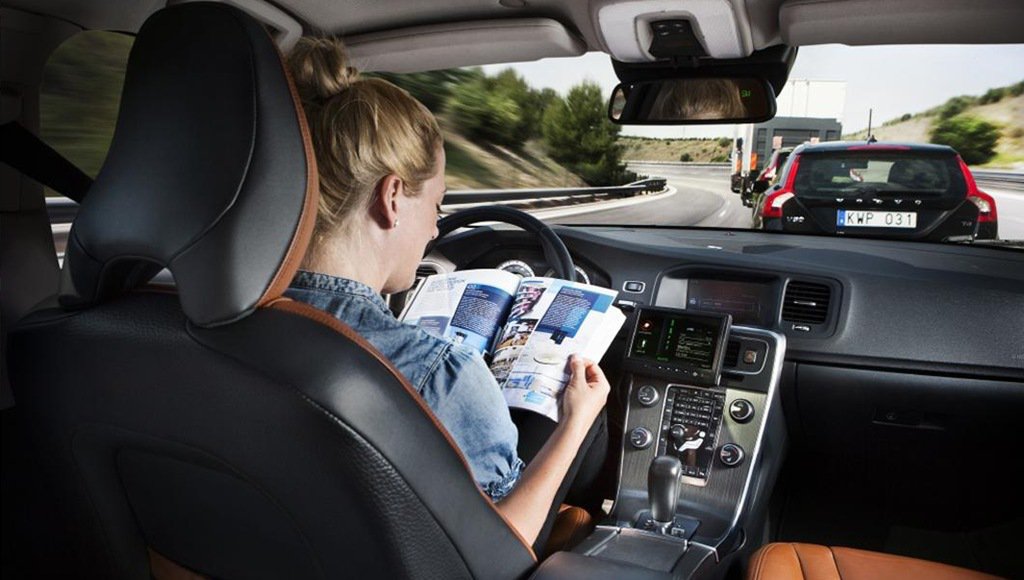 The first truly autonomous car made to appear in the 1980s by Mercedes-Benz. But, till the summer 2015; most were part of projects and were prototypes. Google Self-Driving Car is a separate project, Google’s cars are electric cars and their target level of achieving automation is different.

Where as the major Luxury Car manufacturers are trying towards the normal expected way of their clients. Right now, there are 5 defined levels of car automation :

Level 0: A human completely controls the vehicle. Except the entry level cars, this level does not exist now.
Level 1: A human controls the vehicle, but emergency and repetitive works such as electronic stability control or automatic braking are automated. This is the most common level for the Luxury cars, right now.
Level 2: Level 2 has huge difference with Level 1 – there is adaptive cruise control in combination with lane keeping.
Level 3: The car senses when conditions where the driver require to be override the control and provides a sufficiently comfortable transition time for the driver. Up to this level of automation is available to the consumers at the high end models.
Level 4: Exactly what is shown in the videos and we are talking about.

Driverless Car or Autonomous Car : What is the Technology behind?

What can be the technologies, it the usage of the sensors and actuators. The function of the software part is quite understandable. The problems were quite basic – practically drones and Spaceships are good examples of automobile automation in true sense. But, in real road, suddenly a human car driver does the things which could only be understandable by another human. Most of the bad habits of human beings and various animals were the major obstacles for the humans who wrote the softwares.

There are more practical trial and error stuffs. Normally we drive real wheel drive cars. But, four wheel drive with a centre differential distributes the power to all of the four wheels to lessens the chances of wheel spin. Which in turn suffers less from oversteer and understeer. As a by product of this understanding, there are car models with normal driving system with deployment of this idea.

In 1925, there was electrical driverless car developed as prototype. Slowly the efforts became inclined towards controlled by computing systems. Driverless Car or Autonomous Car are not new concept – the Law Makers mostly created the problems in deployment till the PRISM like scam was revealed and frankly, worldwide; it exerted a big effect in unification of human.