Not much is usually known by a unix/GNU Linux newbie about the potential power of echo. echo can be used on command line or used within a shell script. The later usage is more common and actual powerful usage of echo is done only within the shell scripts.

echo not only echoes the text. The name of the utility points to a bit lesser capability.

There is not much to write about the examples given in the echo™s manual page. One can run man echo to read and master echo. This guide covers only some practical commons which we can use on, for example SSH.

This will list all the files under that directory :

we can count them :

As we written before, echo can be used to empty any file, for example, we want to empty /etc/nginx/nginx.conf , then we can do this :

> writes data to an exiting file. >> is a kind of forcing. It will either overwrite or create a new file. 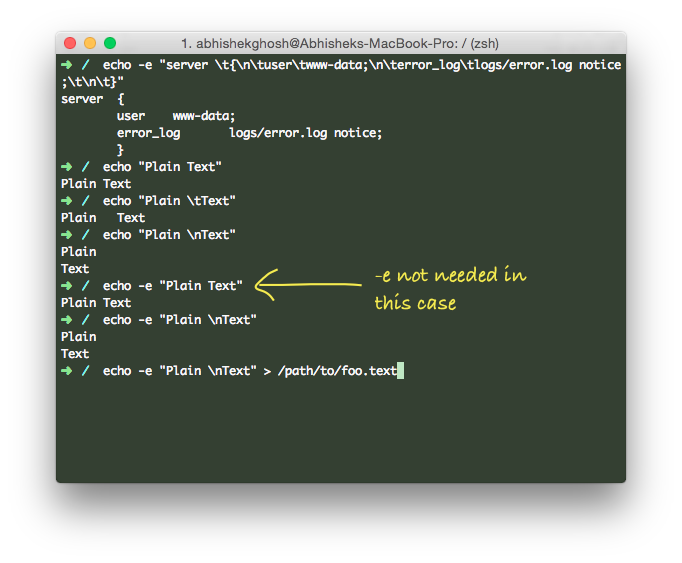 In the reverse way, we can write stuffs in the file :

\t, \n, -e are explained in the man page of echo. This ends the story with echo. Obviously, the commands can be combined or piped. One example of unix piping is given in the example, a bit practice will give more ideas on how to use echo.