Here is Step by Step Guide For Installing Powerline on OS X 10.10 (Yosemite) Including Managing the Python Path From Oh My ZSH dot File. Previously, we summarized how to install iTerm2, Homebrew and ZSH on OS X 10.8, for natural reason; some stuffs might give error if you try to install Powerline.

OS X by default is shipped with own versions of some UNIX softwares including Python. You should not try to uninstall them. OS X Python is located at for Global usage, Homebrew Python will get install at /usr/local/lib/. The most important step is to run brew linkapps python command.

If you have installed Python via Homebrew and forgotten what you did, remove it first. When we will System’s Python, we will use zsh by typing zsh at Terminal. We will only add the needed for powerline part : 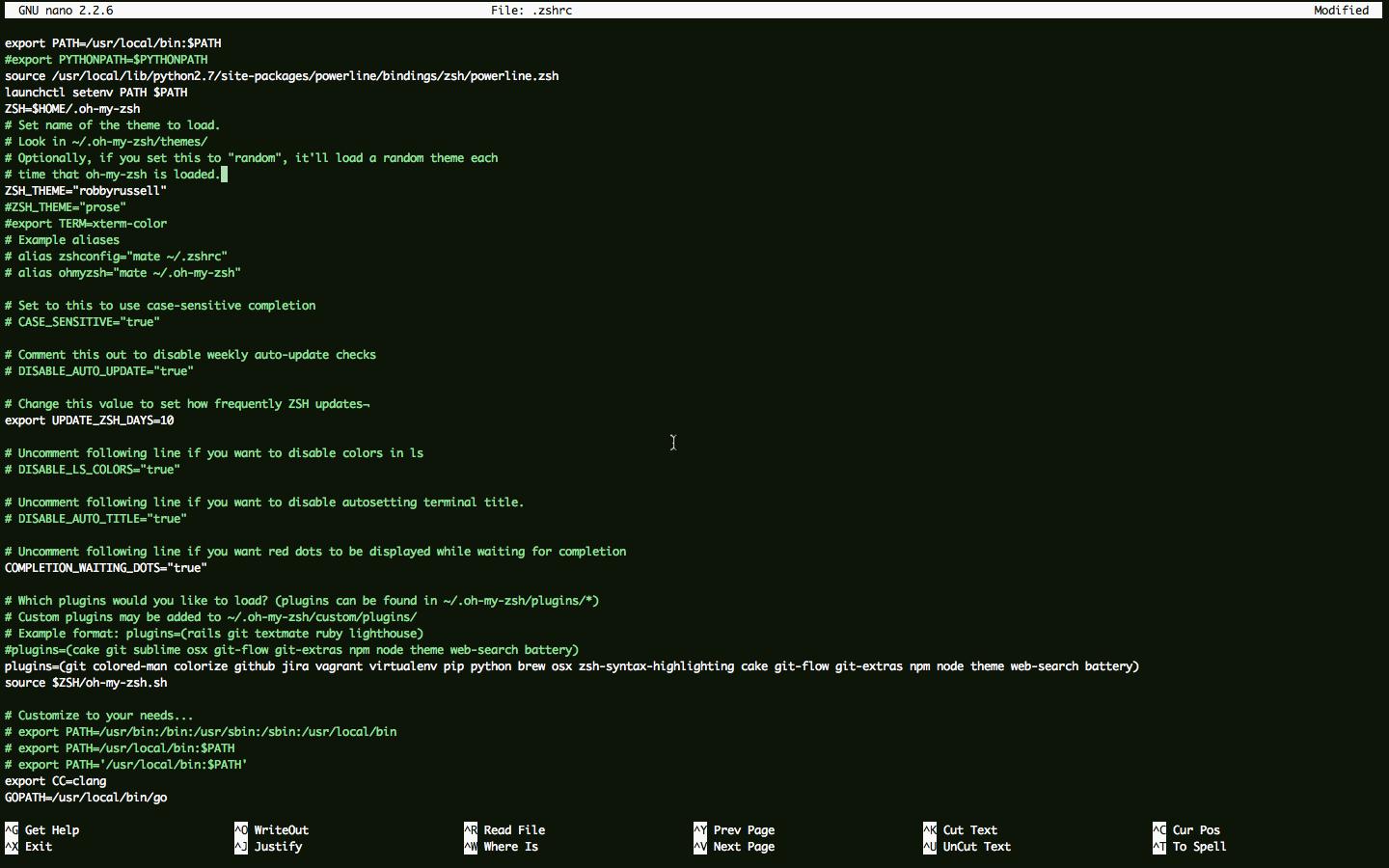 Add the lines missing to .zshrc, but do not source it.
First and foremost important points are to rightly fix Homebrew and update, set Python path rightly and then install Python, update Pip etc. via Homebrew :

If you face problem in the next steps, that is usually due to error in the above setup. It is really painful to fix, last option is re-installing Homebrew when Python gets fully abnormal – which python is returning /usr/local/bin/python but running pip install is installing stuffs on System Python’s path. Do not try to remove the System’s OS X related Python. Do whatever with Homebrew.

We hope that you have updated Xcode command line tools.

Next need is to install a set of patched Font :

Very easy. From iTerm’s iTerm > Preferences… menu, change the Font to any patched Font. Next, you need to do these :

If you work in this way, in future it is unlikely that you will ever call us bad names after learning vi, in case you are not mastered vim yet. We have no .vimrc file. We need no such.

If it returns something then source .zshrc :

We added the needed lines on .zshrc before. If you dislike Powerline or want to “pause” usage, then uncomment the source /usr/local/lib/python...zsh/powerline.zsh line and source the .zshrc.
The text editor shown in screenshot is using our nano syntax highlighting repo. Whether you’ll use tmux or vi; this is not possible to predict. This is the basic setup.