WebSocket protocol is a TCP-based network protocol designed to be a two-way link between a web application and a web server in client server model. We have talked about the Protocols related to Internet of Things, this Protocol; standardized by the IETF as RFC 6455 in 2011 and as WebSocket API in Web IDL by W3C, can be a part of IoT related protocols. Normally, we can use WebSocket Protocol for live graphs, as an example.

What is WebSocket Protocol?

A server-initiated transmission is in a pure HTTP connection only by delayed responses to a client-initiated request (long polling). Technically in WebSocket, like HTTP, the client sends a request with the difference that after the transfer of the data to connect the underlying TCP connection remains open and allows transfers in both directions.

A secure version of the WebSocket protocol is implemented in Firefox, Safari, Google Chrome, Opera and Internet Explorer 10, mobile version of Safari and BlackBerry Browser.

The intro­duc­tion of WebSock­et makes it possible for web apps to han­dle near real-time data with­out resort­ing to long-polling. 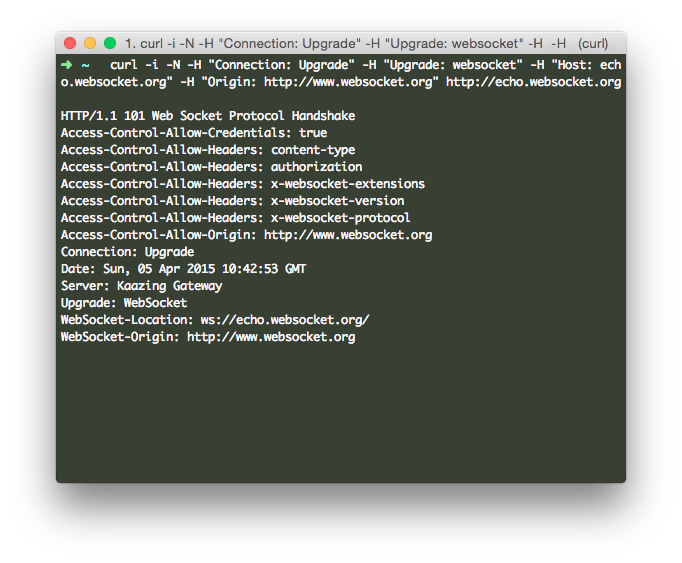 This is the basics of real time web application as well. This is a typical cURL format with flags to get the response :

This Article Has Been Shared 462 Times!

Articles Related to What is WebSocket Protocol?