Advertisement
You are here: Home » Research Showing No Advantage of SSD on Virtual Machine
Advertisement

Sadly, Latest Research Showing No Advantage of SSD on Virtual Machine. Older SSDs showing decline in performance which is not a cost saving fact. Solid State Drives are becoming more of enterprise standard, but they have not yet reached their full potential. Researchers found data and created performance graphs which are not encouraging.

SSD technology is relatively new and not surprisingly, the fact that we still do not know exactly how and where to use it. In general, the most popular use for the SSD is represented by servers hosting virtual machines, where the solid-state drives are believe to be able to better manage the I/O than they the spinning disks.

Research Showing No Advantage of SSD on Virtual Machine

Unfortunately SSDs are still far from perfect, as demonstrated in the study “Towards SLO Complying SSDs Through OPS Isolation” by Jaeho Kim and Donghee Lee, University of Seoul; Sam H. Noh, Hongik University. The conclusion exactly written is :

In this paper, we showed that performance SLOs can- not be satisfied with current commercial SSDs because of garbage collection interference among competing virtual machines (VM). To resolve this problem, we proposed OPS isolation, a scheme that allocates flash memory blocks in such a way that blocks are not shared among VMs, but are wholly dedicated to each individual VM. Our experimental results showed that OPS isolation is an effective way for SSDs to provide performance SLOs to competing VMs.

It is a heavy statement, but let’s see what has prompted these researchers to make a statement like that. For their experiment, the researchers used a commercial 128GB SSD, aging process was produced by means of random writes ranging from 4 KB to 32 KB for a writing total that exceeds the capacity of the SSD, thereby causing the collection of waste (garbage collection).

Flash memory requires whole blocks to be written. When the number of invalid pages within a block reaches a certain threshold, the remaining good data are rewritten to a new block and invalid data are emptied. Unfortunately, we can not know exactly what happens inside a SSD, because the control logic is like a black box: you can see incoming data to see FTL and written, but the internal process is not visible. Archiving Flash has revolutionized the storage industry business. The researchers recommend to give each VM its own partition on the SSD; test the age of the SSD to quantify the actual performance; take latencies due to garbage collection in to account. 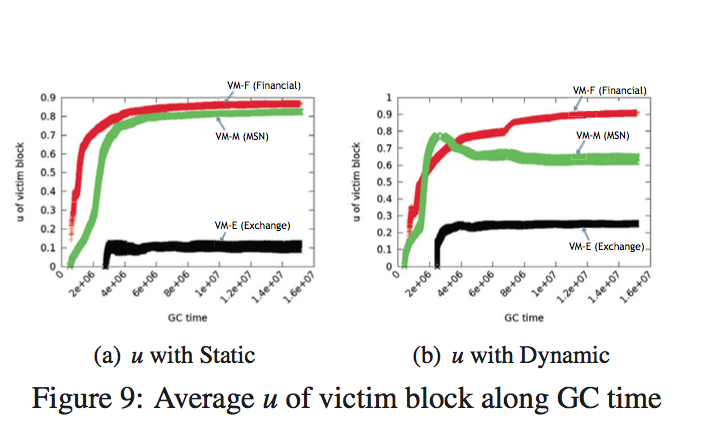 Most hardware were not designed with virtual machine’s software behavior in mind. Lots of bottlenecks are all over the hardwares. Theoretically, it is also a problem that a TRIM in a virtualized guest doesn’t make it down to the drive. That would further reduce the effectiveness of the garbage collection.

Differences between SSDs and HDDs has less to do with the storage medium, which layman usually imagines around. Traditional drive controllers uses quite complex technical and logical mechanism but they track lesser variables than the SSD controllers.

This Article Has Been Shared 399 Times!

Cite this article as: Abhishek Ghosh, "Research Showing No Advantage of SSD on Virtual Machine," in The Customize Windows, May 29, 2015, September 23, 2021, https://thecustomizewindows.com/2015/05/research-showing-no-advantage-of-ssd-on-virtual-machine/.
Source:The Customize Windows, JiMA.in