It is not exactly easy to continue development of a free software particularly when Governmental Mass Surveillance systems are ready to hunt the hard disks via Closed Source softwares. Open Cubic Player is not any unknown software. The original software developers had no target for improvement or increasing compatibility, additionally many independent developers tried, contributed for the software. Without making it a dedicated unified project, their credit is officially not given. Development in this path increases the risks of vulnerable to bad commits.

If You Want To Use The Terminal Music Player With Visualizer

We wrote before how to install Open Cubic Player both on OS X and GNU/Linux. There is no meaning of repeating the same. You can build from the source code as well. 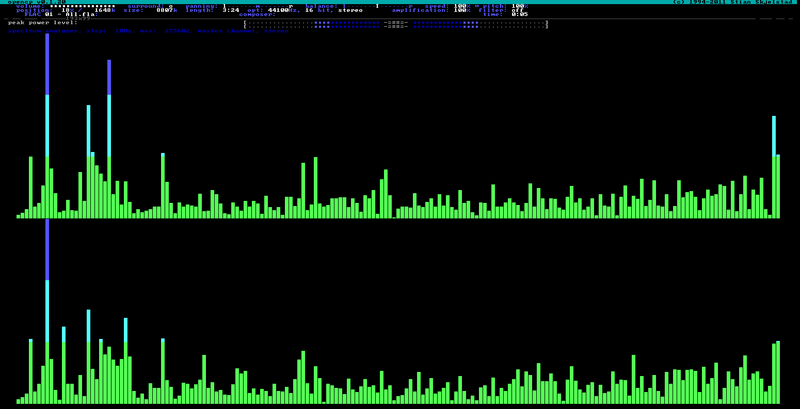 It is written mainly in C. When we are rewriting the code, then there actually should not be any question of stealing someone’s code. Still, we are using the phrase “porting”. There is no question of development of the software for Microsoft Windows. Only GNU/Linux and OS X (unofficial) builds will be re-written.

We have no interest to contact the original developer. The name Open Cubic Player will be changed to another name which is compatible with Free Software Culture. What we are not doing :

What we are doing :

The word porting will be omitted from version 2 of the development. Anyone can contribute like any other Free Software in an organized way. Community did 90% works, for sure, but it needs arrangement.

This Article Has Been Shared 703 Times!

Articles Related to A Terminal Music Player With Visualizer