Do Not Imagine That Switching From Cheque to SWIFT Made AdSense Payments Problem Free. Axis Bank Google AdSense SWIFT Payment Problem is New Style. Previous problems with Google AdSense payment was 100% “manual” – the Bluedart/DHL guy will simply not come to your house and write “door closed” to “reduce workload”. We faced that, webmaster of thewindowsclub faced, probably all faced in AdSense publisher life. However, the “control” was on Google’s hand. We could get easy reissue. Basically where the money exactly got stuck, you’ll never know. It is a serious crime in India to ask “why it is not working”. It will not work is the part of “Freedom”, if it is working, that is unexpected and you have huge God’s blessings. Cheque had big advantage – the currency was written as Indian Rupees, we never need to handle the FOREX part. In other words, it was not a “Digital Cloud” thing. Whatever we say against PayPal, PayPal somehow manages the incoming money without any problem. Unfortunately Google will never support PayPal payment. We are not blaming anyone though. We are describing our pain followed by probable solution.

As usually, Google AdSense made the payment for the previous month on 22nd May. It took 5 days to get an email notification from Axis Bank about the inward remittance. Thankfully there is always a reference number. It is not that, it is first time in our life to receive money via SWIFT. It has been one year and possibly 15-16 payments happened in that way.

After 2nd of June, it became apparent that this time the money will never be realized in to account. In other words – if you do not notice; where it would go, it is difficult to imagine. But we are clever! We keep these accounts’ balance near to 00.00. Otherwise you have to calculate, make the people understand basic mathematics.

Banking services are not exactly do-it-yourself (DIY) methods. It is not the permanent way to resolve. It is for solving the issue ONCE. Do not follow the “modern” support method. It will probably take more time plus if you are like us, you are not available over the phone at their time, their will be delay. It would take a huge time for them to understand whether you are a NRI or seller or whatever we do not know. It is not improbable that, Axis Bank’s employees never heard about earnings via Google AdSense.

We are thinking in our way but a typical Axis Bank employee need to ask the common way of asking the questions. India is quite great country for unofficially selling from human female to guns. 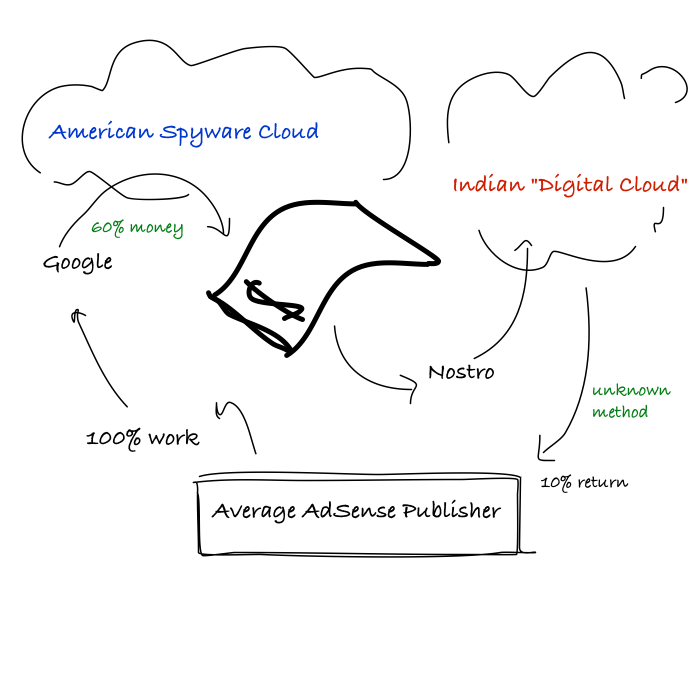 . Update : The issue has been resolved. We have received the money within 48 hours of publication of this article. (Dated – 6th Jun, 2015)

Possibly a disclaimer or permission like form is required to be filled up to grant Axis Bank the permission to convert the currency. Why suddenly it got evoked we do not know. It is not that, FOREX services are free of cost. You will get a form from local branch (what they artistically say “base branch”). It is quite difficult form to fill up.

(updated – 6th Jun, 2015) : Axis Bank will fill up the form. You need only to do signature on the form. The wordings might seem to be meaningless as some lines are strikeout after the action of Axis Bank.

Be very careful. There is field named Reserve Bank of India’s purpose code. It is difficult to imagine that the employees will rightly apply the right code. It is risky to depend. It has to do with dangerous Laws like FEMA. If you wrongly fill something, you’ll land behind the bar. Ask your chartered accountant. Keep in mind – our Bank accounts are fully, clearly shown to the Income Tax department with third party audit. Third party audit is a terminology.

It took less than 48 hours. (updated – 6th Jun, 2015). We guess it is not Axis Bank related but related to some tax related stuff. Axis Bank so far is probably the best Indian banking service, Citi is not Indian plus the later has lesser coverage in India. When it happened to us, it is likely to happen to the others. So, directly contact the branch whenever you’ll face. Other banks will create problem slowly.

Axis bank has good support. We can not imagine what would happen with the Governmental Banks like SBI. They might ask “why you earned to increase our work”.

(updated – 6th Jun, 2015) : We are always in favor of who works after a fee. Axis Bank helped us to the maximum possible level. We have no complain. If you are facing the same issue then contact the manager of operations of your Branch with the transaction reference number. There is no need to inform Google AdSense but you can take a screenshot of that payment and print.

This Article Has Been Shared 122 Times!