ZigBee is a set of high-level wireless communication protocols & is related to Internet of Things (IoT). Here is What is ZigBee and How it Works. ZigBee is used with digital broadcasting, it is based on the IEEE 802.15.4 standard for wireless personal area networks (WPAN). Their target applications require secure communications with low rate of sending data and maximizing the life of batteries. In principle, this technology is expected help automation, as can be seen in the official documents of the ZigBee Alliance, indeed there has been separate topic to discuss – ZigBee Home Automation. The reason ZigBee is different from the other technologies, low power consumption, mesh topology network and easy integration. We talked about protocols related to Internet of Things in a previously published articles.

What is ZigBee and How it Works

ZigBee is based on the physical layer and media access control (MAC) defined in the 2003 version of the standard IEEE 802.15.4. The relationship between IEEE 802.15.4-2003 and ZigBee is similar to that between IEEE 802.11 and Wi-Fi Alliance. The ZigBee 1.0 specification was approved on December 14 of 2004 and is available to members of the development group (ZigBee Alliance).

A first level of subscription, allows the creation of products for commercialization adopting the specification. This specification is available to the public for non-commercial purposes. The current revision of 2006 was passed in December of that year.

ZigBee uses the ISM band for industrial and medical applications, specifically, 868 MHz in Europe, 915 MHz in the United States and 2.4 GHz worldwide. However, when designing devices, companies almost always opt for the 2.4 GHz spec. The technology development is focused on simplicity and cost more lower than that of other family of wireless, such as Bluetooth. The size of the code itself is much larger and about 50% the size of Bluetooth. Devices needs up to 128 kB of storage space. 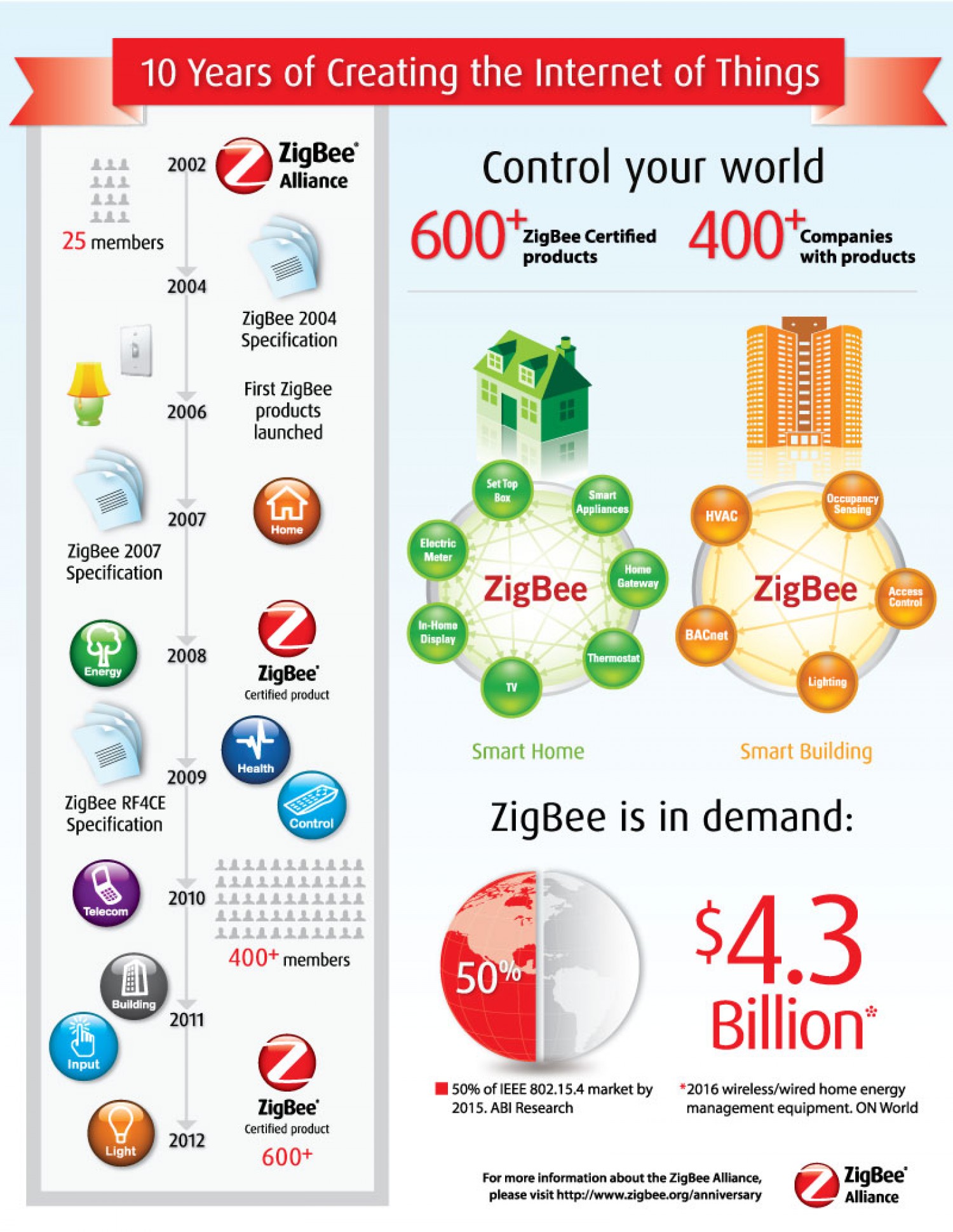 The first version of the stack usually called ZigBee 2004 now. The second version is called ZigBee 2006 and replaces the MSG/KVP structure with a library of clusters, leaving the previous version obsolete. Finally, ZigBee Alliance has presented the 2007 version of the stack. Some new application profiles, and automatic reading, commercial building automation uses ZigBee PRO. ZigBee 2007 sometimes called ZigBee Pro, but is actually a Pro stack profile that defines certain features. ZigBee network layer 2007 is not compatible with the ZigBee 2004-2006, although a node can join a network of back version and vice versa.

ZigBee 3.0 is the unification of the Alliance™s wireless standards into a single standard.

This Article Has Been Shared 476 Times!

Articles Related to What is ZigBee and How it Works