This is not a guide on how to build with circuit and diagram. Though This Article on Arduino to EV3 DIY Robot Guitar & Piano Player We Want to Deliver An Introductory Idea On What Peoples Are Developing. Lego MindStorm EV3 and Arduino are quite far away but essentially connected with the phrase Do-it-Yourself. As we tested basic thing with plain servo motor & Arduino, we can give some opinion around them. We are taking it granted that the readers already have idea around basic electronics parts or basic tool like multimeter. Source code of Lego MindStorm EV3 is available but the whole stuff is not exactly cheap – costs around $350. 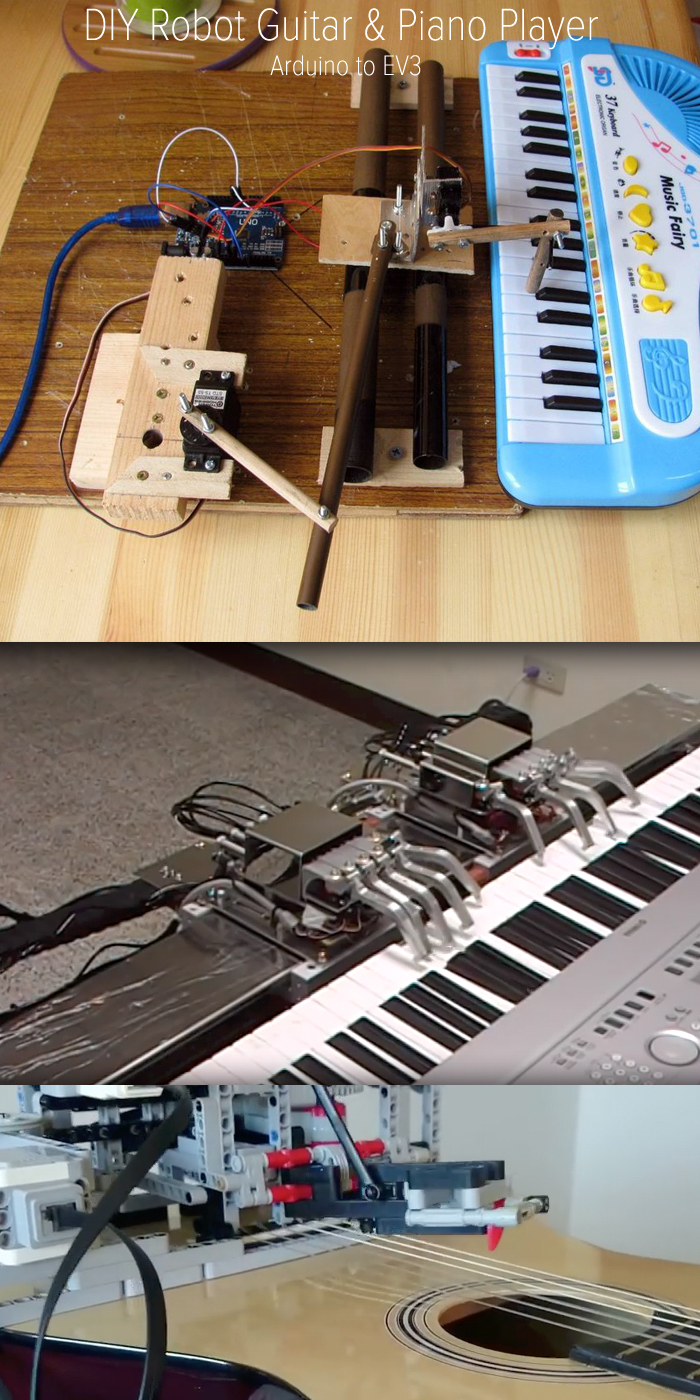 Where I will Get The Circuit Design and Code of DIY Robot Guitar & Piano Player?

If you perform search on YouTube with phrases like Robot Guitar Player or Robot Piano Player, you’ll enough number of real life demo of capabilities. I think, for all types of audience, it is practical to think about Robot Piano Player. First reason is that – Intractable website has demo of the first image we used with Arduino (and code). It is cheaper, even if you need to buy an ordinary synthesiser keyboard. Classic vintage piano is beautiful instrument. Lego does have basic example of electric guitar robot. For guitar, it is more practical to change the design of guitar suitable for robot.

You can watch here how a robotic arm is “learning piano” :

But for various reasons, this model is towards practical design :

Which appears to me this one which is presented on some exhibition :

From there we discovered that IEEE does have publications. The above “exhibition” was IROS 2010 at Taiwan and company was Hiwin and it is the Press Release :

Most beautiful part is that, there is PDF explaining the mechanics :

We hope, this much will help in DIY work!