For this guide using Hue is Query Tool With GUI For Browsing, Querying, Visualizing Data & Developing Apps for Hadoop. Here is how to install Hue on Ubuntu 16.04 running Hadoop. Hue consists of web service which runs on a node in cluster. Hue has editors for Hive, Impala, Pig, MapReduce, Spark and any SQL like MySQL, Oracle, SparkSQL, Solr SQL, Phoenix etc. Dashboards to dynamically interact and visualize data with Solr or SQL. Scheduler of jobs and workflows. Browsers for Jobs, HDFS, S3 files, SQL Tables, Indexes, Git files, Sentry permissions, Sqoop etc. Some related thing to know is that – we can accessing HBase by using the HBase Shell. We can start HBase Shell with hbase shell command.

If you install only Hue without Hadoop, it will actually run it but that will have no other use. Here is Hue on Github :

Install the pre-requites after update, upgrade :

Change directory to somewhere like /tmp and clone that official repo of Hue :

You’ll get this kind of information : 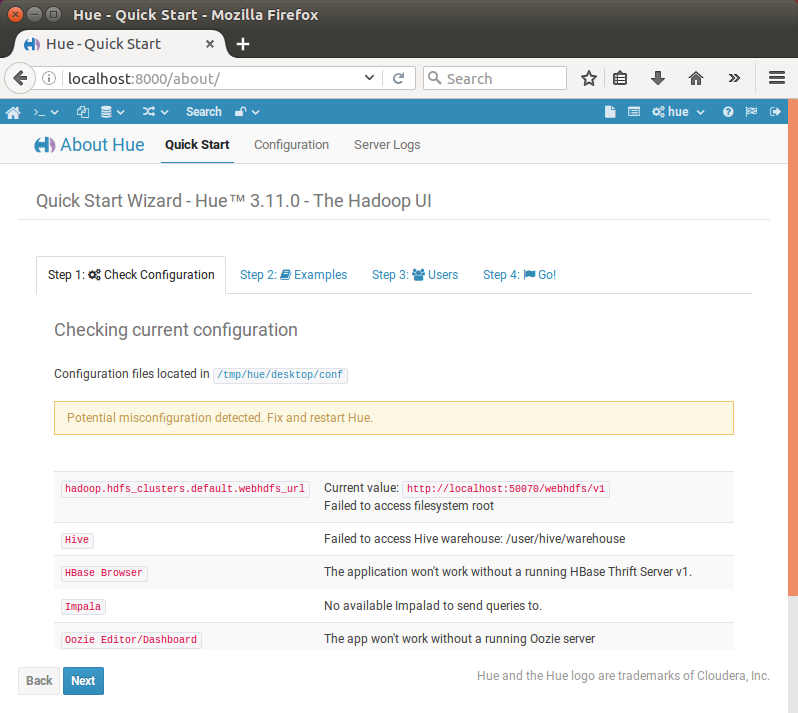 Move hue to /usr/local i.e. to the directory where your Hadoop and Hbase are located:

Obviously you need to configure each settings file of each component (like Hadoop) you want to connect with. Your hdfs-site.xml probably will be in /etc/hadoop/conf, where this configuration needed :

As from Cloudera’s documentation, if you place your Hue Server outside the Hadoop cluster, you can run an HttpFS server to provide Hue access to HDFS. The HttpFS service requires only one port to be opened to the cluster.

Also add this in httpfs-site.xml which will be in /etc/hadoop-httpfs/conf :

Articles Related to How To Install Hue on Ubuntu 16.04