The article’s title possibly making many readers wondered – why Android is Open Source? Forget about Android. We still lack a complete true free mobile operating system which is really like mobile version of GNU/LINUX. It is a threat to data privacy. Near 100% GNU GPL with 100% Open Source hardware is ArduinoPhone 2.0, which is essentially like phones of the year 2000. Replicant Mobile Operating System is smartphone compatible GNU GPL software and supported by Free Software Foundation but the packages needed to get all functions practically push it towards against the philosophy of Free Software Foundation. 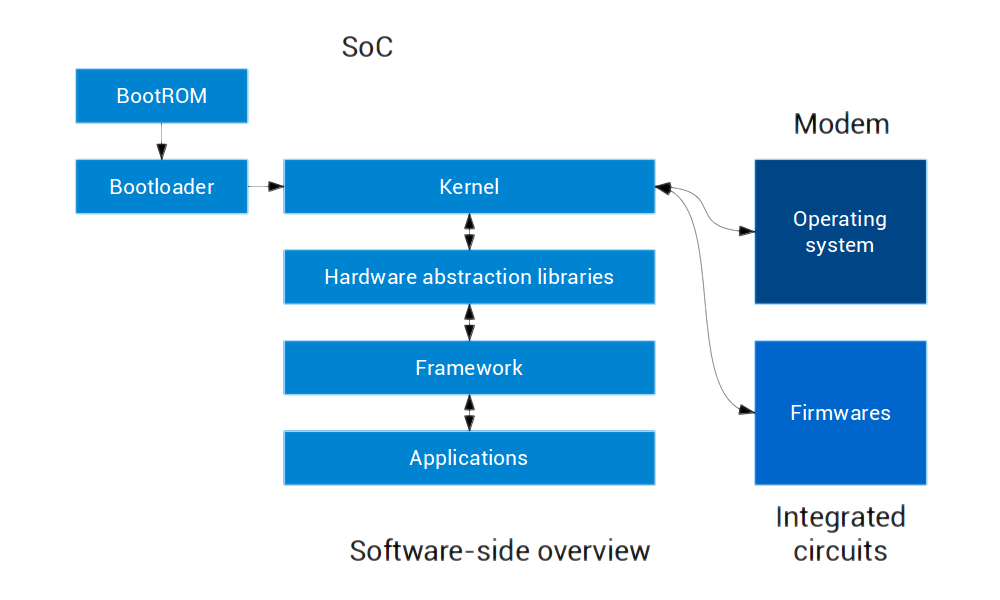 The Need of True Free Mobile Operating System For Freedom

Smart phones are dangerous tracking devices because of presence of many networking hardwares, unknown proprietary softwares. While free/libre software philosophy is to develop software that respects users’ freedom, the idea of open source focuses on code quality not exactly freedom.

Much known Android is not free/libre software, also not fully open source. It basically follows very bad license model. Linux is not the entire GNU/Linux. Torvalds’ version of Linux has some nonfree binary blobs. The way FSF listed desktop, server OS are compiled as GNU/Linux becomes actual Free Software. It is the GNU part which forces to be free/libre. Android actually lacks the GNU part. Apache 2.0 and GPL 3.0 are actually recommended licenses. Android abuses the gap of GPL 2.0.

As for the mobile devices, many firmware or drivers are proprietary without any kind of option of free/libre software. Those usually related to handling WiFi, bluetooth, GPS, 3D graphics, the camera, the speaker, microphone. And this only practical Free Mobile Operating System at present :

More than code, Android has serious problem with Google Applications. They are not only non-free, can track but Google forces the manufacturers/developers of devices to pay a fees to become “legal”. Needless to say, Android’s cost actually paid by the end user, it does not matter how high or low it is, we are bearing the cost.

It is true that Replicant is a free and open-source operating system based on the Android which has many already replaced proprietary Android components with free-software counterparts.

Also, all the current Mobile Operating System charges the developers.

Furthermore, there is no complete Open Source hardware for smartphone. Raspberry Pi not exactly True Free Mobile Operating System. There are lot of things to develop more than apps. There are blogs with misleading information.

Tizen is not GNU GPL, not even open Source. If Tizen was GPL, porting the firmware or drivers would be easy. Plasma also has problems in terms of “open”. Ubuntu’s company Canonical is a pathetically bad company declared by Richard Stallman.

Our maximum progress of open Source hardware is this :

Only for desktop OS we have little progress on 3D graphics. It is FSF’s part which controls real “Open Source” hardware :

It is only BeagleBone which is open Source hardware among the single board computers.

We need to completely freshly design the hardware, then develop a fresh new GNU like sub-project for smartphones. Replicant is kind of shortcut for present situation. We basically lack SMD hardware which are “open source”. The hardwares may keep back doors enough to watch what we are doing. At least developing and using Replicant is far better choice at present as we lack hardware :

That Replicant does not run on all devices. This is example Replicant sub-project for Samsung S3 :