Unlike Old Days of Android, Now We Have Lot of Terminal Emulators Good Enough to Manage Servers. Here is an Updated List of Best SSH Client App For Android Smartphones. Most of us are used with either Terminal application of any GNU/Linux or iTerm2 on Mac, Ubuntu Bash on Windows 10. Factually we use bash or Oh-My-ZSH and tweak the look a lot.

Naturally, we will like those SSH client app or rather Terminal emulators which are :

Possibly most of the power users need both – Termius has SFTP and Termux is an Android terminal emulator and additional packages are available using the APT package manager with pkg or apt command.

Well, both are locked forcing to purchase something other. Actually for Termux you can build some part yourself. Another similar app is :

Termux is actually a sane, full fledged Terminal emulator with package manager with support of pkg or apt command. You can increase the font size by zooming Termux like you do zoom photo. Of course, we ZSH via this Termux :

Here is another one :

Although I have not tested the above yet, from my experience, you need to install some packages SSH and curl before doing works. I believe that the second one needs update of sources to avoid errors. 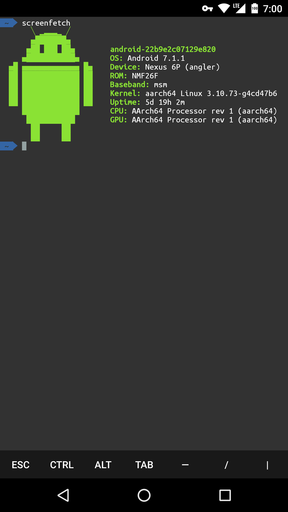 Termux initially although appears as has no way to customize other than paying for customization, actually that is not true. If you give bash and a package manager in UNIX environment, you can do whatever you like as desktop as too many plugins, themes.

I am not sure if more better option available at this moment.

This Article Has Been Shared 197 Times!