For the past few years, Atmel manufacturing smaller microcontrollers. ATtiny 85 is quite known. You Can Create Cheap, Small Arduino Projects With ATtiny 13, ATtiny 10. They cost $1 or lesser per unit and needs no external components. Basic problem is that – you probably can not get ATtiny13 or lower in local shop. So, ordering one unit not going to worth the amount of work. Among ATtiny 13 and ATtiny 10, I would probably incline towards ATtiny 13 as there is some optimized libraries, like that for TM 1637 LED display.

We have lot of TM1637 tutorials, it is not bad idea to think about production grade small clocks with ATtiny 13 or ATtiny 10. TM1637 IC costs half dollar. But TM1637 IC commonly sold as SMD component. ATtiny 13 SMD would cost half dollar. If you are newbie, SMD components is not what we use on breadboard for prototyping but we use DIP components, which are 1970’s through hole components. Soldering SMD components will need magnifying glass, a good soldering iron for SMD, few tools. These practical difficulties making it difficult to recommend to all. With SMD components, we can actually make wearable LED wrist watch which is no way thicker than commercially available such watches. Obviously, outside prototyping, we need professional service for PCB designing and mounting the components. If you know TM 1637 7 segment LED display unit’s circuit diagram, it does not need huge knowledge to understand that a clock will become practically two small chips. If you add real time clock, that chip also small but will need a crystal. It will need a 3V CMOS battery or equivalent to drive. You can make battery part slim with multiple smaller button batteries or capacitor. Indeed, for so less components, we probably do not need a PCB. Soldering like Tikka Kebab Method works fine. Rest is a great LED display. Actually Nixie tube display would be great. But my maximum available thing is VFD. I think 0.2 inch LED display is better than finding bubble display or Nixie tube. 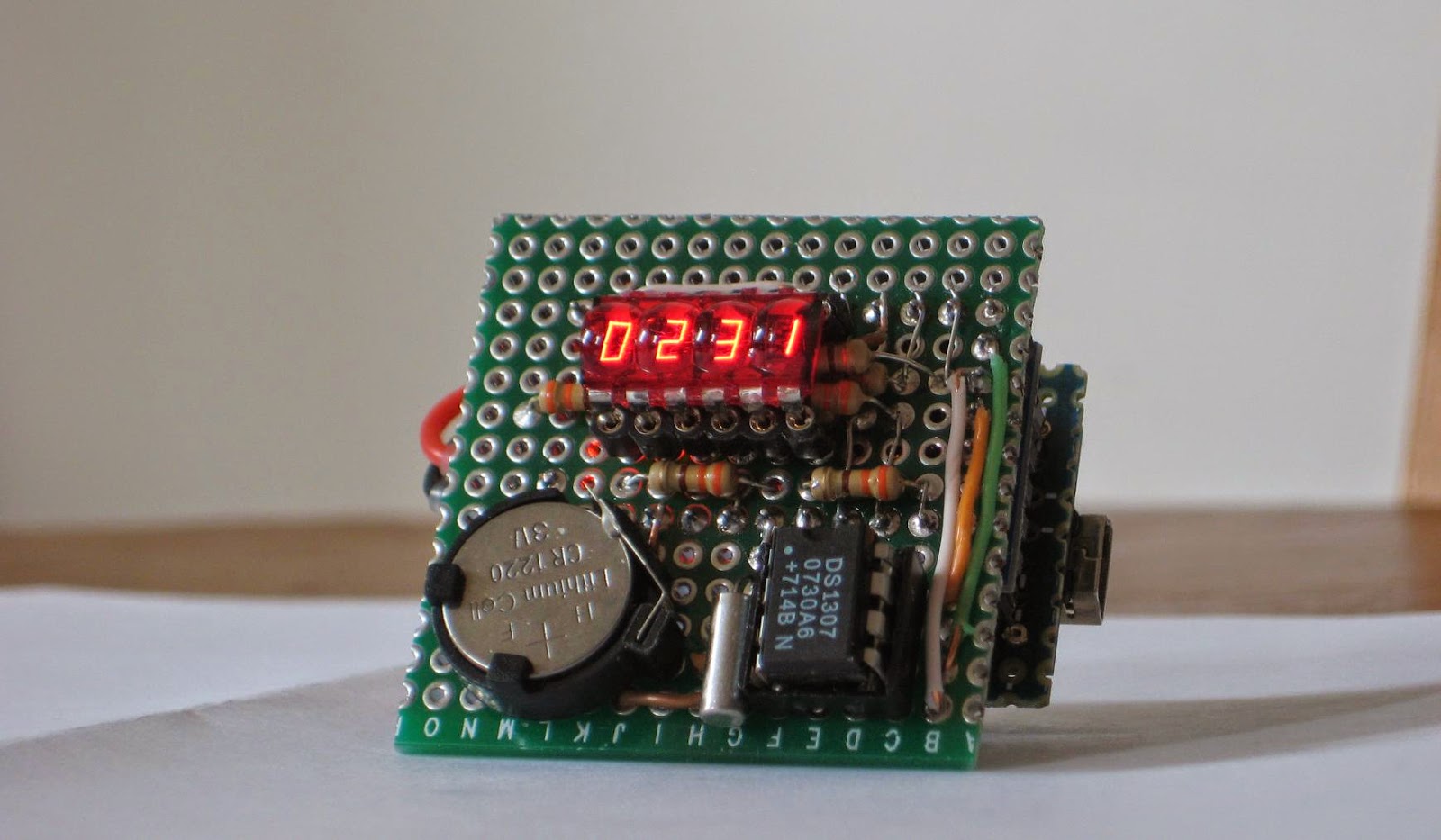 The photo is from the blog named TimeWithArduino.blogspot.com. The person is expert about displays, clock and also sells few. However, he probably can not send me crossing the barrier of customs of two countries.

We are not going in OLED, LCD matter. We are actually talking about ATtiny 13, ATtiny 10 and went slight off-topic.

So, among ATtiny 13 and ATtiny 10, probably you’ll choose ATtiny 13. It is your matter. If those are available in local store, you can try both. For us, paying postal cost will drain money. So, we have to buy 4-5 ATtiny 13, not the DIP package but SMD. You’ll buy ATtiny 13 DIP for easy mounting on breadboard.

This Article Has Been Shared 639 Times!