Advertisement
You are here: Home » How to Install Apache Gora on Ubuntu Server
Advertisement

Apache Gora provides an in-memory data model and persistence for big data. It supports persisting to column stores, key/value stores, document stores and RDBMSs, and analyzing the data. It supports Apache Hadoop MapReduce support. Here is How to Install Apache Gora on Ubuntu Server. Gora is one software, example works of which will clarify our article how MySQL used in Big Data Analysis. 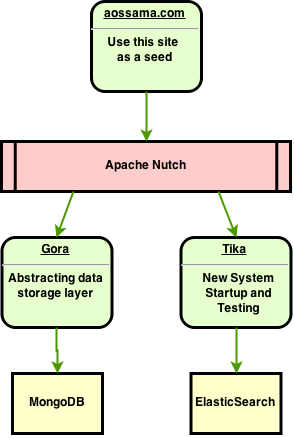 How to Install Apache Gora on Ubuntu Server

We are taking it granted that the server already has Hadoop installed and running. We will require Apache Maven to build the Gora source code. As Hadoop installed, Java already installed. Still, we will sow the steps. We can install Maven with Ubuntu’s package manager or build it :

Verify the Java version by running the following command:

We can download the latest stable version of Apache Maven from its official website, we are using Maven 3, always get the latest :

Next, we will need to setup the environment variables such as M2_HOME, M2, MAVEN_OPTS, and PATH. We can create a mavenenv.sh file inside of the /etc/profile.d/ directory :

Save and close the file, run the following commands:

If required, rename the directory to gora. Now run :

This Article Has Been Shared 181 Times!

Articles Related to How to Install Apache Gora on Ubuntu Server