Advertisement
You are here: Home » Arduino Soil Moisture Sensor : How Works, What to Buy
Advertisement

Basic purpose of soil moisture sensors is determining percentage of water in soil, rater volumetric water content of soil mainly for watering plant. We commonly view certain type sensors in prototyping works on various websites and online stores. Basic questions which will come to mind to a newbie are – How Arduino Soil Moisture Sensor Works? What to Buy as Soil Moisture Sensor? We are trying to answer these questions in as easy language as possible. One should mae it clear – DHT 11, DHT21, DHT22 were humidity sensors for measuring relative humidity.

In general, we have few technologies which are commonly used to measure soil moisture.

Where 2nd and 3rd in the above list differs? Frequency domain (FD) sensor actually can be of two types –
capacitance Electrical impedance. Our “soil capacitance” (2nd in the list) uses just basic principle. The classification academically not fully correct. The need of classification is to make the readers easily understand and also web search (Finding Arduino frequency domain sensor unlikely to bring product or easy to understand result).

The commonly found cheaper Arduino soil moisture sensor are based on the resistance of the soil between the electrodes. They use the first technology from our above list. They are not quite reliable and quickly degrade.

Second type of Arduino soil moisture sensors are capacitance/dielectric sensors. That means they use the second group of technology in our above list. There are many ways to measure capacitance. Like we can use capacitor’s reactance to form a voltage divider. That is basically similar to how resistors react OR, we can calculate the capacitance by creating an RC oscillator where the oscillation frequency is determined by the capacitance. To do so, we have to be charging the capacitor and detect the charge time. Capacitive sensors are not exactly difficult but more reliable than resistive ones. You can read something around Arduino and Capacitance measurement : 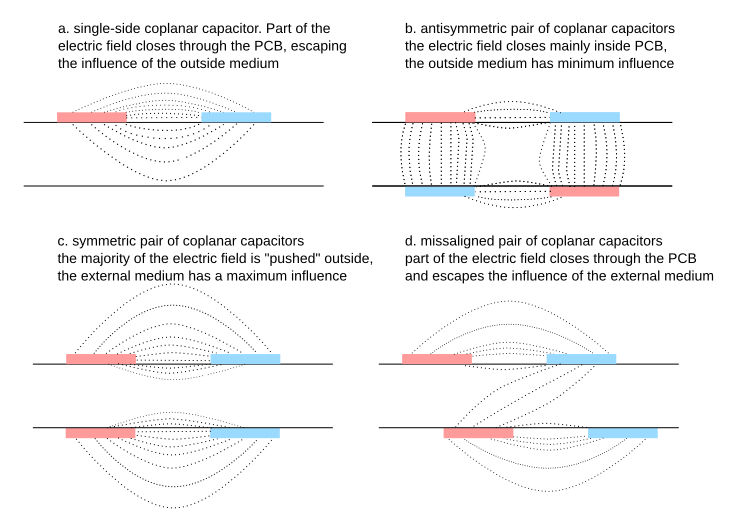 Which Type of Arduino Soil Moisture Sensor to Buy?

As capacitance sensors measure capacitance, they do not have exposed electrodes and unlike measuring the sensors measuring resistance, they do not easily oxidize and degrade over time. Really reliable reading can be obtained if both of the above technologies are combined. However, such kind of ready to use soil moisture sensors not common and difficult for the newbies to find libraries.

At the end we have enough open source resources. If you are slightly advanced reader, you may be interested to build “capacitance sensor” on PCB :

We hope that this article has helped you.

Articles Related to Arduino Soil Moisture Sensor : How Works, What to Buy